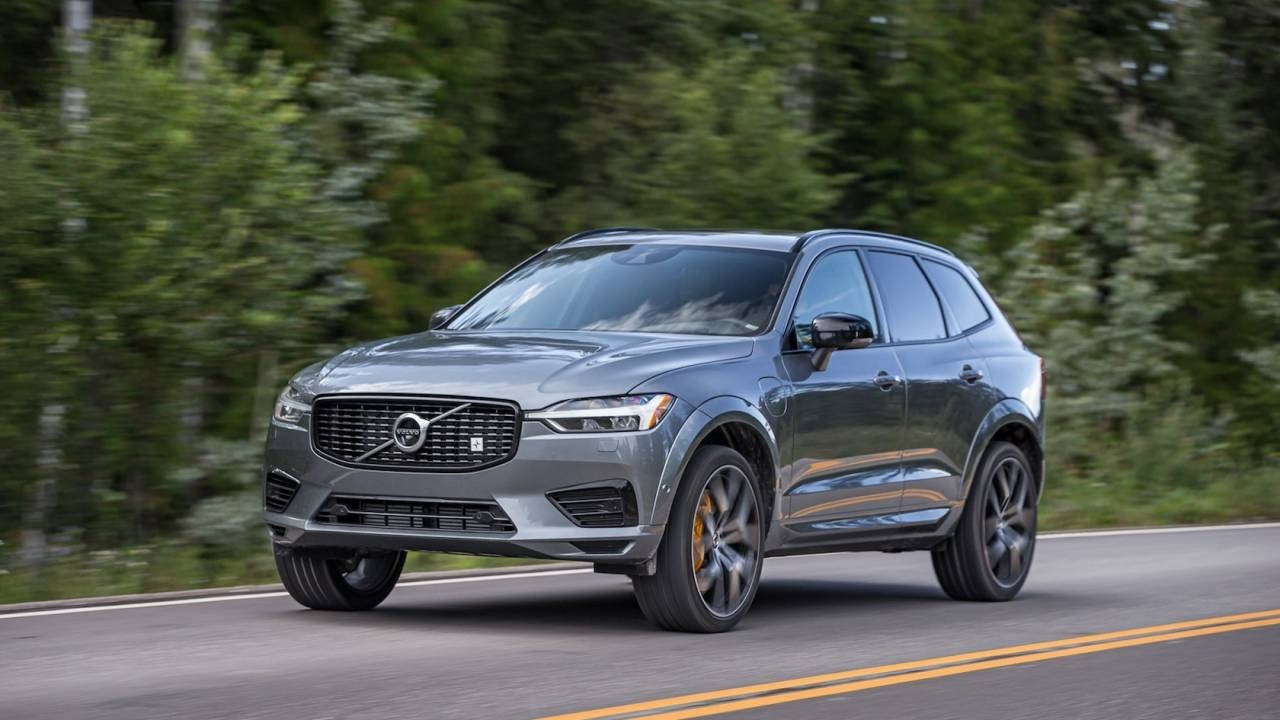 In many ways, this Scandinavian crossover is a delight, but the as-tested price seems a bit hard to justify.

Volvo is on a roll. The Chinese-owned Swedish automaker currently fields a compelling range of vehicles, from the compact though suitably premium XC40 crossover to the luxurious S90 sedan to the fun and functional V60 wagon. Its products are upscale, thoughtfully designed and, as always, incredibly safe.

Sitting at the core of that range is the XC60 utility vehicle. Globally, this multipurpose product is Volvo's best-selling model. The reasons for this stellar showroom success are obvious from the moment you open a door and slide behind the wheel.

The XC60 is luxurious and well made, with generous amounts of cargo space, more than 63 cubic feet with the rear backrest folded down. Put this machine in motion and it carries itself with an imperious air, particularly the range-topping T8 E-AWD Polestar model, which offers loads of performance and a stern driving experience. Friendly it may look both inside and out, but this crossover is nonetheless all business.

Like other modern Volvos, this Polestar-modified XC60 is propelled largely by a creamy-smooth, 2.0-liter, four-cylinder engine. On its own, this gasoline-burning unit is incredibly quiet and isolated. In fact, it's so well shielded scarcely any noise or vibration makes it into the XC60's passenger compartment. This thing does such a magnificent impression of a six-cylinder engine, and a good one at that, most drivers would never know a mere four pots are propelling their upscale, Scandinavian crossover.

Helping this tiny tot pull with vigor in all driving situations is an elaborate induction system. A supercharger bolsters low-speed performance, delivering a healthy hit of torque off the line, but as speed builds, and exhaust gasses start exiting the cylinders in enough volume and velocity, a turbocharger kicks in to provide even more boost. Throw direct fuel injection into the mix and this engine should be good for 328 horsepower on its own.

But internal combustion is not the only thing motivating this version of the XC60, oh no. That drivetrain is also hybridized, with an electric motor providing an additional 87 ponies and 177 pound-feet of torque to the rear wheels. Add everything up and Volvo engineers have graced this utility vehicle with 415 system equines and an astonishing 494 units of twist.

That's enough bacon and eggs to hurtle the XC60 T8 E-AWD Polestar to 60 mph in as little as 4.9 seconds. Top speed is limited to 140 mph, though terminal velocity does drop to 78 mph when running solely on electrons, so, if you're in a hurry, you'd better make sure the gas tank is full.

On the subject of fuel, expect around 26 miles per gallon in city driving, 28 on the highway and 27 mpg combined from the combustion engine. Include all those electronics and the XC60 T8 is rated at 57 MPGe combined, that's miles per gallon equivalent.

Juicing its onboard motor is a battery pack with a claimed 9.1-kilowatt-hours of usable capacity. That's enough to provide an advertised electric-only driving range of 18 miles.

Plug this Volvo in to a 230-volt outlet and its battery should be fully replenished in 8 hours when juiced at 6 amps. Find a socket that offers 10 amps and that time gets cut in half. If a 30-amp outlet is handy, the XC60 can be recharged in as little as three hours.

As you'd probably expect based on its output figures, this Volvo scoots. The drivetrain is muscular, having no trouble spinning the front tires in wet or otherwise inclement conditions, its Kilimanjaro of torque making the tires scramble for traction.

Unlike some other hybridized vehicles, the XC60 T8's powertrain is utterly seamless. There's no jerking or bucking as it switches from combustion to electric power or vice versa. Together, the battery and motor provide acceleration assistance and help recuperate energy when it's time to slow things down again. The whole arrangement is totally smooth.

When its electron reservoir is depleted, the gasoline engine is plenty potent and incredibly polished. Handling and steering feel are fine. In this department the XC60 is neither poor nor praiseworthy.

Ride quality with the optional 22-inch, Polestar-specific wheels is firm, though, fortunately, not overly punishing. You certainly feel surface imperfections, though it won't rattle your dentures out.