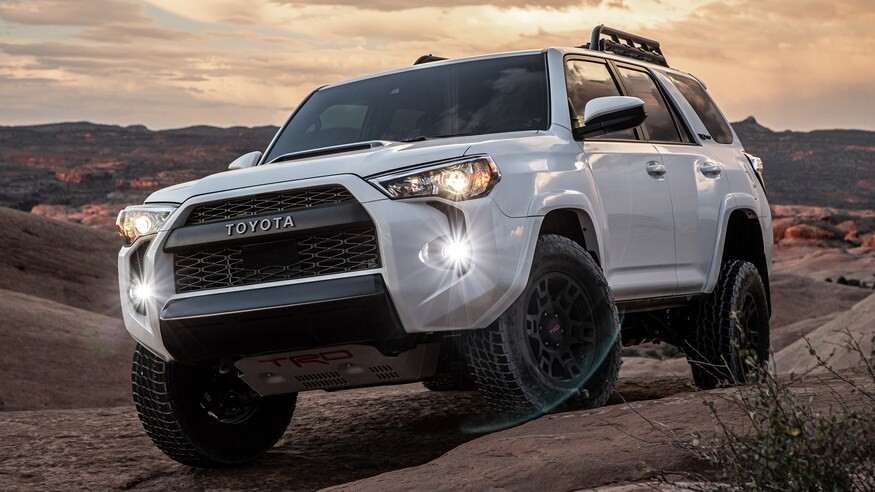 The trusty Toyota 4Runner is largely the same as it ever was, but the 2020 model year sees the introduction of a few welcome features.

While many automakers claim their SUVs have rough and rugged, go-anywhere attitudes, few can actually deliver that sort of performance. When it comes to climbing rocks and getting properly muddy, you need a true 4x4 SUV to handle the rough stuff. Enter the tried-and-true Toyota 4Runner.

The 4Runner is one of the few SUVs available today with body-on-frame construction, as opposed to the car-based crossovers that are increasingly popular with shoppers. Available with seating for up to seven passengers, as stripped-out or fully loaded as you like, the 4Runner can be many things to many people. But all four-wheel drive models pack serious off-road chops, with a two-speed transfer case and 9.6 inches of ground clearance. No, the 4Runner isn't as smooth and comfortable on-road as car-based crossovers, but if you plan to hit the trails, its abilities are hard to match.

Under the hood is a positively ancient 4.0-liter V6, pushing out 270 horsepower and 278 pound-feet of torque though a five-speed automatic transmission. In a world where eight-speed automatics are increasingly the norm, this old fiver doesn't quite cut it. Sure, it shifts smoothly, but it doesn't do the 4Runner any favors as far as fuel efficiency is concerned. The EPA claims the 2020 4Runner should achieve 16 mpg in the city, 19 mpg highway and 17 mpg combined. During my week with the off-road-ready TRD Pro trim, I saw just 14.6 mpg. Yeesh.

On the road, the 4Runner is only adequate. Sure, it keeps up with traffic just fine, and you know, turns and stops, but it's not exactly pleasing to drive on pavement. At the end of the day, the 4Runner is a truck and it behaves like one -- well, one from a decade or so ago, since that's how old its underpinnings are. While newer midsize trucks are much smoother on the road, the 4Runner is stiff and bouncy, jouncing along the highway. If you plan to use your new SUV for commuting, something like the new Toyota Highlander or smaller RAV4 are probably a better bet.

However, if your goal is to get out and enjoy the great outdoors, the 4Runner is an excellent choice. The TRD Off-Road and TRD Pro trims come with an electronically locking rear differential, a Multi-Terrain Select four-wheel drive system and Crawl Control, all of which help drivers scamper up and over obstacles like they ain't no thang. For more impressions of those features, take a look at my earlier test where I took a 4Runner on a trip from Moab, Utah, over to the mountains to Ouray, Colorado.

Though the bones of the 2020 4Runner are old, the technology has finally moved into the present day. Toyota's suite of driving aids, Safety Sense P, is now standard across all trims. Yes, your old-as-dirt 4Runner now comes with modern conveniences like lane-departure warning, pre-collision warning with pedestrian detection, automatic high beams and adaptive cruise control. The bummer here, however, is that the adaptive cruise doesn't work below 25 mph, so it's pretty useless in stop-and-go traffic, which is where I want to use it most. Blind-spot monitoring is also conspicuously absent. 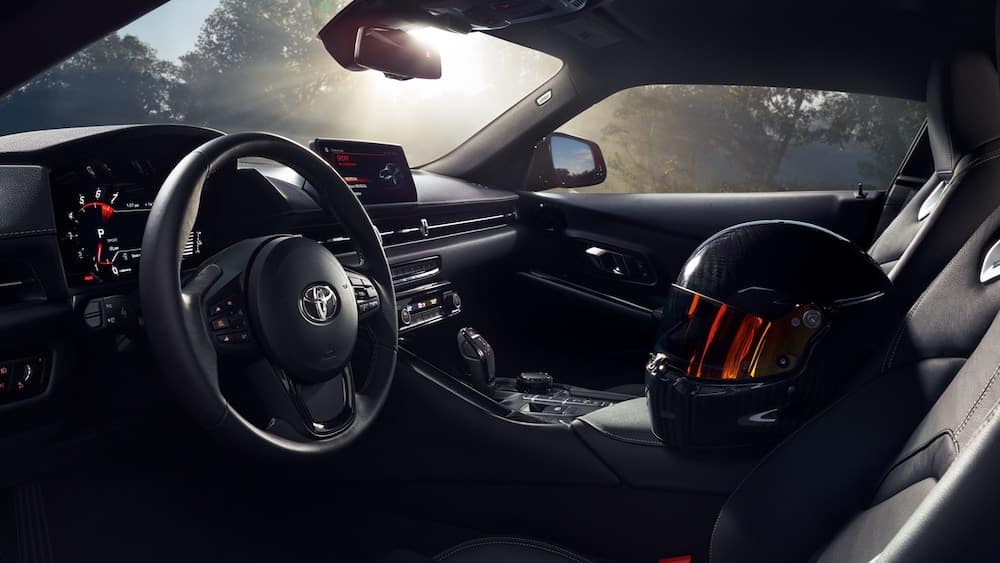 In-dash tech gets an upgrade as well, with an Entune infotainment system that is finally compatible with Apple CarPlay and Android Auto. Heck, even Amazon Alexa is part of the game now. The 8-inch color touchscreen is nothing really to write home about, but its usability is sufficient. Front passengers get one USB and 12-volt outlet plus another 12-volt in the center armrest. Rear seat passengers are treated to two, 2.1-amp USB charging ports. In the cargo area there is a 120-volt/400-watt three-prong outlet as well as another 12-volt, to keep all your camping gear up and running.

Inside, the 4Runner can only be described as utilitarian at best. The knobs are big and bulky, but easy to use with gloves on, and all the off-road controls are on the headliner above the rearview mirror. Staggered cupholders means there's never a debate over whose Diet Dr. Pepper is whose and large door pockets can accommodate all kinds of swag. For some reason, the built-in tissue box holder on the inside lid of the center console just charms the hell out of me.

The 4Runner is pretty spacious, with plenty of room in the rear seat and 46 cubic feet of space in the cargo area, with a nifty slide-out deck available, for easier loading and tailgate seating. Fold the rear seats flat and the rear hold expands to accommodate 89 cubic feet of cargo. Both numbers are bigger than the 4Runner's main off-road competitors, the Jeep Grand Cherokee and Wrangler, but about the same as a new unibody crossover like the Kia Telluride.

You can pull 5,000 pounds behind the 4Runner, which isn't too shabby. That's more than the pathetic 3,500 pounds the Wrangler can handle, although the Grand Cherokee can tow a maximum of 7,200 pounds.

Yes, you can get a Toyota 4Runner with two-wheel drive, but I can't imagine why. If you're not planning on using four-wheel drive capability, the sacrifices in on-road comfort you have to make in the 4Runner simply aren't worth it. Just get a more efficient, car-based crossover and call it a day.

But if you do need go-anywhere abilities -- or, if like me, you just like the look and feel of a truck -- then I highly recommend the TRD Pro trim seen here. You get Nitto Terra Grappler tires and 2.5-inch Fox internal bypass shocks, with rear remote piggyback reservoirs. The Pro also has a cat-back exhaust and a 1-inch front lift. All of this comes in addition to the aforementioned off-road goodies.

But I have to ask: If you're buying this as an off-roader, why get a brand-new one? Yes, the driver-assistance tech is nice, as is the upgraded infotainment, but since the 4Runner has essentially gone unchanged for more than a decade, there are a ton of them available on the used car market for a lot less money. I don't often advocate for used cars in my new car reviews, but when a 2020 model is barely different than a 2010, there's a solid case to be made for going pre-owned.

The 2020 Toyota 4Runner is a niche vehicle at heart. If you're going to spend a lot of time in the great outdoors, this truck-based SUV is an excellent choice. It looks great and it'll climb a mountain if you ask it to. Unfortunately, with that great off-road capability comes a harsh ride and lackluster fuel economy. If you accept the 4Runner for what it is, and use it accordingly, you won't be disappointed.