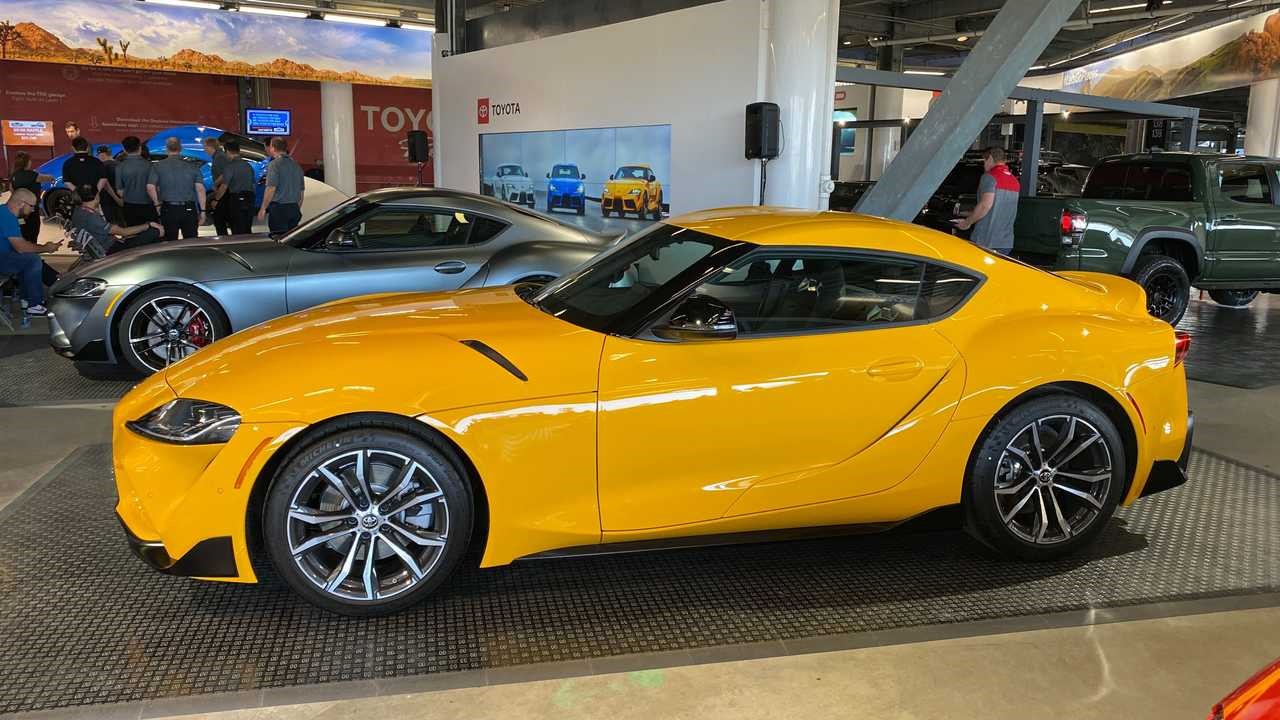 The entry-level Supra will still hit 60 mph in 5.0 seconds.

Just a month after introducing the four-cylinder Supra in Europe, Toyota has announced the Supra 2.0 for the US as a 2021 model. The Supra 2.0 gets a turbo-four engine, positioning it as the entry-level model in the lineup.

The motor is the same turbocharged 2.0-liter inline-four that's found in a multitude of BMW models, and that's no bad thing. In the Supra it makes 255 horsepower and 295 pound-feet of torque, and it's paired with an eight-speed automatic transmission. Toyota says the Supra 2.0 will hit 60 mph in 5.0 seconds, making it the second-quickest model in the lineup behind the Supra 3.0, which does the deed in 3.9 seconds. The 2.0 will hit the same 155-mph top speed as the 3.0, and Toyota says its fuel economy will be better, but not by how much.

While that performance is all well and good, especially for a so-called entry-level model, we're more excited about the Supra 2.0's weight. Toyota says the four-cylinder Supra weighs 3,181 pounds, which is 219 pounds less than the six-cylinder and should make it feel a little nimbler.

Despite the loss of two cylinders at the front end the Supra 2.0 maintains a 50:50 weight distribution by ditching the 3.0's active differential and adaptive suspension, as well as fitting smaller front brake rotors with single-piston calipers (instead of four-piston), manually adjustable seats and a four-speaker standard sound system (versus the 3.0's 10 speakers).

Every Supra including the 2.0 now gets the 2020 model's optional 8.8-inch infotainment touchscreen as standard. There's also a new Safety & Technology package that adds goodies like adaptive cruise control, navigation, wireless Apple CarPlay, a 12-speaker sound system and parking sensors. Visually, the 2.0 is distinguished only by smaller 18-inch wheels.

In addition to this new four-cylinder model, Toyota has also updated the six-cylinder Supra for 2021. It gets more power and an A91 special edition that comes in an awesome blue color. Both 2021 Supras will land at dealers in the US in June, with pricing to be announced closer to that launch.