Ubers fourth-quarter earnings show losses: but they are shrinking 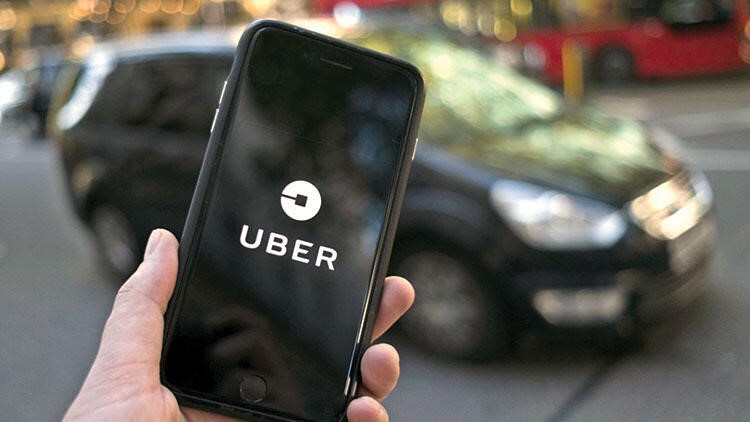 Being kicked out of London and releasing data on the number of sexual assaults that happen during its rides didn't appear to hinder the ride-hailing company.

The last quarter of 2019 was turbulent for Uber, as it faced serious disruptions in its business from California to London to India. After bottoming out with its lowest-ever recorded share price in late November, however, the situation started to turn around for the ride-hailing company.

Uber's share price began to slowly and steadily rise, even as Travis Kalanick, its co-founder and former CEO, left the company's board and sold off all of his roughly $2.5 billion stake in the company. This change comes as Dara Khosrowshahi, Uber's current CEO, has aimed to cut costs and streamline the company.

Uber reported on Thursday that despite not yet being profitable, it's finally starting to see some of the growth it's been aiming for.

In its fourth-quarter earnings, Uber said its revenue rose 37% from a year earlier to $4.1 billion, beating the average analyst forecast of $4.05 billion and faster than the 30% growth it posted last quarter. Uber attributed its growth to its ride-hailing business. The company said its gross bookings for rides grew 28% over last year to $18.1 billion.

While Uber reported faster growth, it still lost $1.1 billion in the fourth quarter, which is more than the $887 million it lost a year earlier. For all of 2019, Uber's net loss totaled more than $8.5 billion. But it beat analyst's estimates on per share loss for the fourth quarter. Uber posted a loss of $0.64 per share during the quarter, which is better than the average analyst estimate of $0.67 per share loss.

In an earnings call Thursday afternoon, Khosrowshahi said Uber aims to reach profitability in the fourth quarter of 2020, earlier than its previous forecast of 2021. Shares rose more than 5% to $39.05 in after-hours trading.

"We recognize that the era of growth at all costs is over," Khosrowshahi said in a statement. "2019 was a transformational year for Uber and I'm gratified by our progress."

Considered one the world's most promising unicorns, Uber's initial public offering last May was widely seen as a flop. On the first day of trading, share prices failed to reach Uber's preopen price of $45, and they closed the day at $41 per share. The price dropped steadily for months, hitting a record low of $25.58 in November.

Since then, Uber's stock has started to climb and analysts have expressed optimism about the company's prospects. Wedbush named Uber a "best pick" earlier this week and said it sees the fourth quarter as an "important first step forward" for the company.

Some of the confidence around Uber comes from the company selling its Uber Eats food delivery business in India to local competitor Zomato. Even though Uber Eats is seen as one of the company's better revenue-growing services, the company has lost millions of dollars subsidizing and expanding that business. As part of the deal with Zomato, Uber will get a 9.99% stake in the Indian company, which is currently valued at more than $3 billion.

"India remains an exceptionally important market to Uber," Khosrowshahi said in a statement at the time. "And we will continue to invest in growing our local Rides business, which is already the clear category leader."

Still, Uber faces challenges. The company released an internal safety report in December that showed a serious sexual assault problem on the platform in the US. In 2018, for instance, the report revealed an average of four rapes per week by its drivers. Uber was also kicked out of London over safety issues, and it's unclear if it'll get another operating permit from the city, which is one of its biggest markets.

Another threat to Uber, and its gig economy cohorts, is in its home state of California. After the assembly passed AB 5, a law that could require companies that use independent contractors to reclassify their workers as employees, Uber waged a public battle against the state. The law went into effect on Jan. 1, but in late December Uber sued California, aiming to have AB 5 declared invalid. Uber also joined a coalition of companies sponsoring a $110 million ballot initiative to take the issue to voters in November.

The problem for Uber in turning its drivers into employees is that managing such a massive workforce would be unwieldy and expensive, especially when it's still struggling to become profitable.