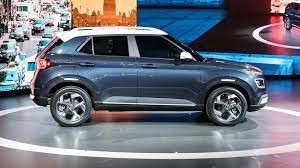 Hyundai's littlest crossover has design elements not found outside of high-end luxury cars.

There really aren't any bad brand-new cars anymore. Even the cheapest, smallest new cars are all pretty good.

Not nearly enough new cars have a distinct personality and character, though, especially on the smaller, cheaper end of the spectrum. In that regard the Hyundai Venue -- and especially this Denim edition -- is a much-needed breath of fresh air.

The Denim version of Hyundai's littlest crossover is, you guessed it, inspired by denim jeans. It only comes in one color, a nice blue called -- wait for it -- Denim. The white roof is actually hand-painted, which means you can't get the Denim with a sunroof (it's an option on the Venue SEL). There are a number of other white accents on the exterior, too, including the rear badges, some trim pieces on the bumpers and the wheel arches.

But the real star of the show is the interior. Yes, the denim-inspired leatherette and fabric seats have a lovely texture and a cool striped pattern, but that's the most boring part. Everything inside the Denim is blue, except for the portions of the dashboard and door cards that are a nice cream accent color, which is echoed in things like the contrast stitching.

What really makes the Denim unique is that all of the plastic pieces are blue, even parts that are usually never color-matched in other cars. Most other vehicles, even ones with half a dozen interior color options, only use boring black or beige plastics. But in the Venue Denim, the window switches are blue, the seatbelt outlets are blue, the carpets are blue, the plastic surrounding the cargo area and door sills is blue -- I could go on. It makes the Denim feel special, like one big cohesive design instead of an "oh, let's give it blue seats or something" afterthought. Pretty much only the highest-end brands like Rolls-Royce and Bentley do color matching to this level, which makes it especially surprising to find in a car as inexpensive as the Venue. I chatted with senior design manager Elizabeth Curran from Hyundai's color and materials department to learn more about the Denim interior and what's coming up in the future, which you can read here. 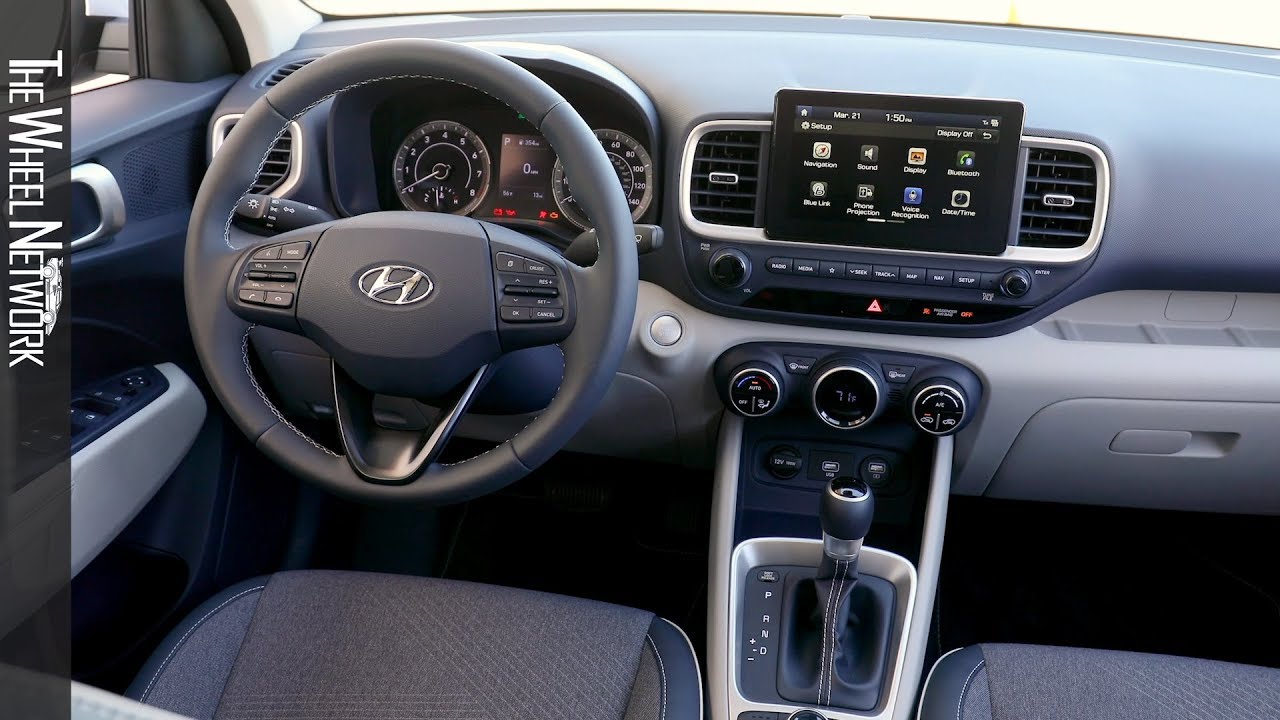 None of this hard plastic feels low-quality, either. The door panels, for instance, seem to be molded from one massive piece of plastic, but they have a nice grain and the armrest is padded with stitched leatherette. All the bits that you touch the most have a nice tactile feel, and knobs and switches move and click with satisfying actions. The Denim also adds a leather-wrapped steering wheel and shifter, as well as a center armrest that slides fore and aft.

Like the Venue's other trims, the Denim is powered by a naturally aspirated 1.6-liter inline-four making 121 horsepower and 113 pound-feet of torque. Sure, the Venue could do with more power, but it's light and small enough that it still feels zippy around town and never too slow when merging onto the highway. Although if you're reading this, Hyundai, I wouldn't say no to a turbocharged N model with around 200 horsepower.

The only transmission choice for the Denim is a continuously variable automatic, as the Venue's six-speed manual is reserved for the base SE model. It's a testament to the CVT's competency that I didn't realize it was a CVT until I'd already been driving the car for a few days. The transmission matches gear ratios with engine speed, almost always keeping revs down low to reduce engine drone and improve efficiency. Like all Venues, the Denim is front-wheel-drive only.

Direct steering action and a well-tuned suspension make the Venue pretty fun to wheel around, and it rides surprisingly well over rougher roads, even with its 17-inch wheels and short wheelbase. It'll get blown around by strong winds at highway speeds and there isn't a lot of sound deadening, but the Denim's six-speaker sound system is actually pretty bangin' to make up for road and tire noise. Over the course of my week with the Venue I averaged a bit over 28 miles per gallon in mostly city driving, falling short of the EPA's 30-mpg city estimate.

On a few slushy Michigan days I did get to take advantage of the Venue's Snow driving mode, which adjusts traction between the front wheels for better grip on slick surfaces. It really does seem to make a noticeable difference, especially with my Venue being shod with Nexen N Priz AH8 all-season tires and not dedicated snow tires.

The Denim doesn't just bring the unique color scheme, either. As the range-topping trim level, it also adds numerous features, some of which you would only expect on higher-end vehicles. LED head- and taillights, heated front seats, navigation, proximity key, push-button start, blind-spot monitoring and rear cross-traffic alert are all standard equipment on the Denim. (Most of that stuff is also optional on the SEL through a couple of packages.)

Even the base $18,470 Venue comes with a ton of stuff. There's an 8-inch touchscreen with Apple CarPlay and Android Auto, automatic headlights, power windows and mirrors, lane-keeping assist, a driver-attention monitor and automated emergency braking. The midrange SEL is $20,370 and adds two USB ports, automatic climate control, an auto-up driver's window, and Bluetooth with voice recognition.

The Denim starts at $23,170, nearly $5,000 more than the base SE, which might seem like a lot for a car as tiny as the Venue. Sure, you could just buy a Honda Civic hatchback for $22,705, like a lot of my friends suggested when I brought up the Venue. Or you could get Hyundai's own (and very great) Kona crossover, the Venue's larger brother, which is $21,420 in its base form and is available with all-wheel drive.

But there's no other small car that has made me smile like the Venue Denim. It's certainly more characterful than direct competitors such as the Nissan Kicks or the Ford EcoSport. It also comes with a ton of features, and it has genuinely fresh design details found almost nowhere else in the industry. The Hyundai Venue Denim is the kind of affordable small car that the world deserves more of.