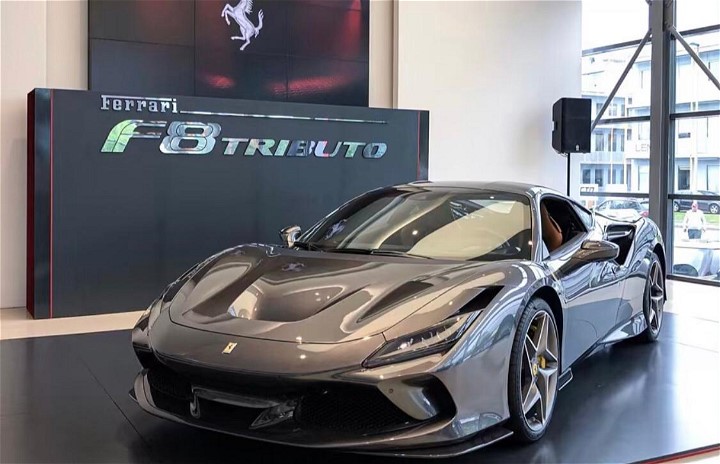 I previously thought the Ferrari 488 GTB was as good as it gets. I was wrong.

How do you improve on perfection? For me, the Ferrari 488 GTB was a harmony of outrageous on-track performance and remarkably good on-road manners. It's my favorite modern super-sports car.

And so I had some misgivings when taking delivery of the F8 Tributo. Yeah, it has more power and fresh looks and a series of other tweaks that clearly establish it as the 488 successor it's meant to be. But modern succession doesn't necessarily mean improvement. Take the 812 Superfast, for example. It's superior to the Ferrari F12 Berlinetta that came before in virtually every way -- and yet I'm not sure that I prefer the new one. Faster, better, yes, but also edgier and maybe even too sharp.

I couldn't help but wonder whether the F8 Tributo would suffer the same fate as I watched it roll off the truck and into the real world. I was, at least, immediately confident I'd have no concerns on the aesthetics front. While I generally liked the look of the car when I first saw it in Geneva last year, it's not until something steps out into the sun that you can really get a good look at it. Here, the F8 looks good -- even in the demure black this one's been dipped in. 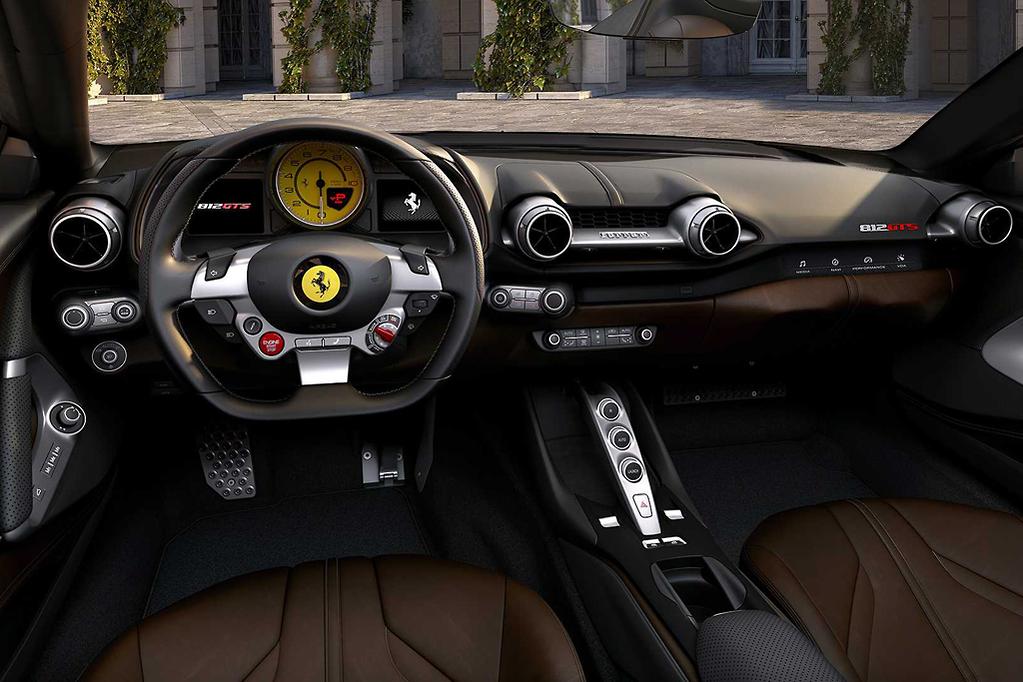 I'd probably go with something a bit more vibrant, myself, but the combination of dark paint and those matte-silver, 20-inch, twisted five-spoke wheels makes this thing look mean and low.

While the flat-billed nose up front is perhaps a bit much for my tastes, taking the 488 Pista's revised schnoz a bit too far, I find the Tributo's most appealing angle to actually be the rear. The massive diffuser and high-mounted dual exhaust aren't much different than the 488, but the overall profile is far more sculpted. The rear of the car flows inward to present the four, round taillights, topped by a subtle duck-bill spoiler.

The big talking point is the rear window. A giant slab of Lexan serves as the engine cover, a common feature on Ferrari's racier variants over the years, but here it's sliced three times to create a look that maybe nods back to the heroic haunches of the F40. In the process, those slices completely destroy any notion of reward visibility, but that's a small sacrifice in the name of beauty.

Larger air intakes on the side feed the same 3.9-liter, turbocharged V8 from the 488 Pista. Here, like there, it makes a whopping 710 horsepower and 568 pound-feet of torque. That's approximately 50 more horses than the old 488 GTB, enough to drop the official 0-to-62-mph sprint by a tenth to just 2.9 seconds.

On the inside, changes are much more subtle but culminate in a noticeable effect. Ferrari has basically pushed everything fractionally down and away, lowering the console just a hair and shrinking the button-laden steering wheel. The overall effect is a car that's subtly more open and airy feeling than before without being radically different -- though the change to Ferrari's chunky, round HVAC vents is a definite improvement.

The party starts with the same, cherry-red "engine start" button situated on the lower-left of the steering wheel. That 3.9-liter V8 spins into life with a quick bark and away you go. First impressions of the F8 Tributo on the road come through the ultra-light, telepathic steering, much like that on the 488 and 458 before. This is a car that is so utterly willing to turn in at all times, sharp enough to be approaching nervous, yet always settled and poised. Crucially, it's never harsh.

My time with the F8 Tributo was spent in the early part of a spring that just didn't want to come, on roads still thawing and showing the result of a long, harsh winter. In other words, they were rough and unclean, yet the F8 was always confident, always pleasant. It was a striking difference from the Aston Martin Vantage I'd tested just the week before, which was also engaging and sharp (and black, coincidentally), but often felt nervous and unrefined by comparison.

Despite the ultra-stiff Daytona seats (a $4,050 option), I would have gladly spent hours touring the unusually quiet country roads in the F8 Tributo without complaint. However, I probably wouldn't have strayed too far, as there's effectively zero storage in the thing. You and someone special could stuff a weekend's worth of soft-sided luggage behind the seats, but for anything longer you'll have to send your chauffeur on ahead. 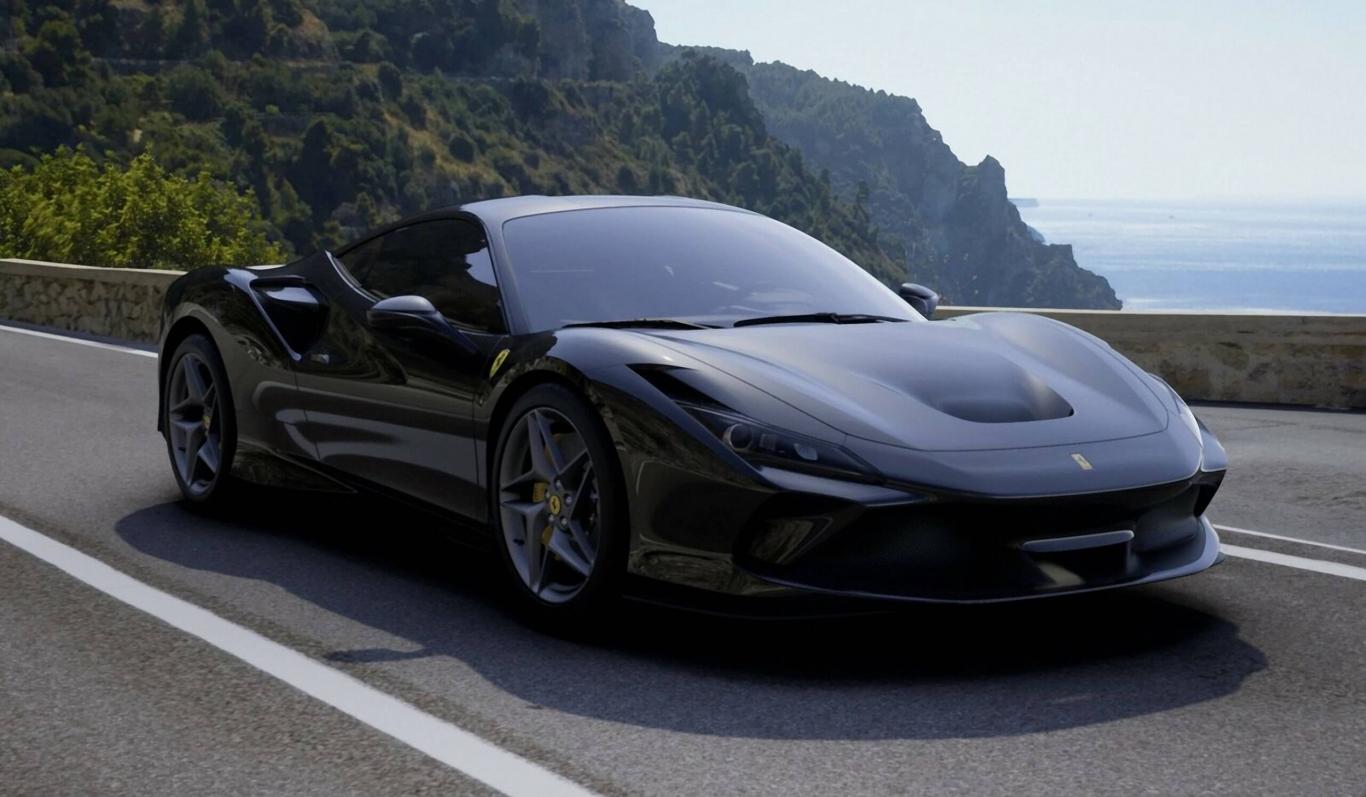 I did not get to sample this flavor of Ferrari on the track, I'm sorry to say, but I have no doubt that it's lost none of the performance of its predecessor. On the street, its extra 50 hp is all but undetectable, but the extra induction noise behind your head will give you plenty of incentive to make the most of it, just the same.

This is, after all, a car that's most comfortable when being pushed. I actually struggled to keep it at 35 mph through some of the smaller towns near my home, the cruise control unwilling to be bothered with such trifling speeds. The carbon-ceramic brakes were likewise a bit difficult to modulate at pedestrian velocities, but boy howdy did they make up for it when driven aggressively.

And what about the other creature comforts? Well, modern features like adaptive cruise and blind-spot monitoring are absent, but that really shouldn't be a surprise. The optional ($6,243) premium sound system fills the petite cabin quite nicely with sound, though not as nicely as the 3.9-liter sound system in the back. For a mere $4,219 you can have Apple CarPlay enabled, though still no Android Auto.

The optional ($4,556) passenger display is expanded with more functionality, enabling your passenger to see more details about where you're going and just how fast you're going to get there. It's a bit unnecessary, but given the Tributo (like its predecessors) makes do without a traditional infotainment center-stack of any sort, this will at least give your passenger something to do in the unlikely situation they get bored along the way.