2021 Ford Bronco First Look: Everything you need to know about this bad mudder trucker 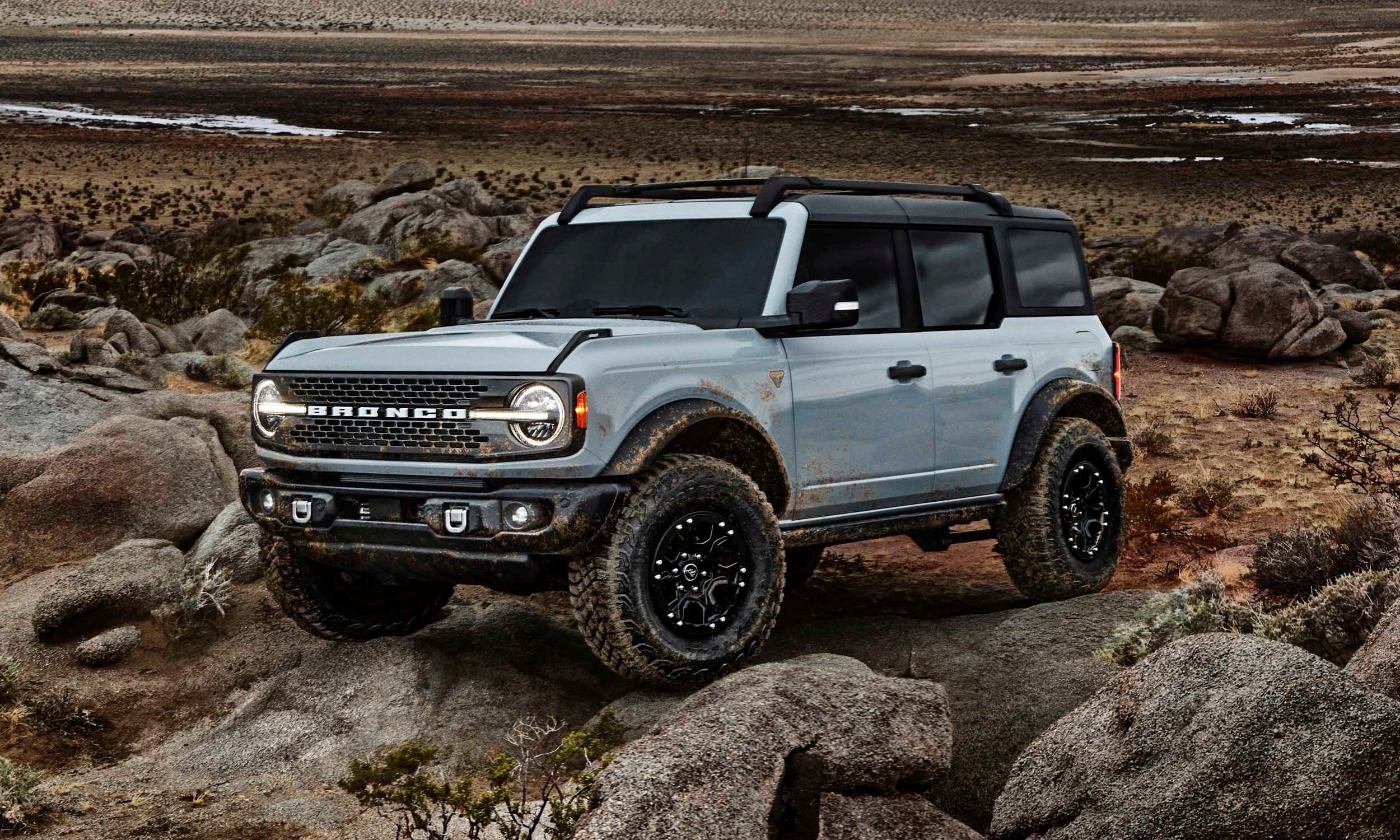 When it comes to off-roading, taking on an icon that's had the run of America's hard-core SUV scene for decades is bound to be knotty by nature. Thankfully, after years of false starts and rumors, Ford has finally reanimated its icon to battle The Icon. You're looking at the 2021 Ford Bronco and it's here to bring the fight to Jeep's Wrangler and the new Land Rover Defender.

When it comes to off-roading, taking on an icon that's had the run of America's hard-core SUV scene for decades is bound to be knotty by nature. Thankfully, after years of false starts and rumors, Ford has finally reanimated its icon to battle The Icon. You're looking at the 2021 Ford Bronco and it's here to bring the fight to Jeep's Wrangler and the new Land Rover Defender.

Frankly, you might not even need to read any of the words on this page to figure out that the Blue Oval's engineers haven't shown up looking for second place. Even so, I urge you to dig in -- there's plenty here to get excited about. Based on what I've seen during a secret up-close sneak preview, it's clear Ford understands you don't go looking for the king wearing a nice suit but carrying only a rusty pocket knife.

It's not just about getting the base truck right, although that's critical. It's about offering a galaxy of choices so that even Jeep brand loyalists can't pass up cross-shopping. To that end, not only is Ford's new 4x4-only SUV available in two- and four-door body styles, it'll launch with no fewer than seven trims with a catalog of 200-plus accessories.

There's something here for everyone. There's a turbocharged engine churning out 310 horsepower and 400 pound-feet of torque for the power-hungry. There are off-road clearances and specs designed to show up Mr. Seven Slots in the rough stuff. There's even a new unibody kid brother, the Bronco Sport crossover, for those whose tastes run to the less extreme. I'll cover that model in a separate Bronco Sport in-depth article and video, so for now, let's focus on the big boi.

It's been around 25 years since the last Bronco rode off into the sunset, and it's not entirely clear why Ford kept the nameplate on ice for so long. Yes, the model's reputation is obviously juiced with some unusual baggage, but that was hardly the automaker's fault. Either way, it can't have been easy to stomach watching Jeep average well over 200,000 profit-rich Wrangler sales every year for the last half decade. No matter, the 2021 Ford Bronco is here now -- or, more precisely, it's here for reservations now. Initial deliveries are promised next spring.

First off, the new Bronco looks the business. I typically stay poker-faced upon seeing a new vehicle for the first time, and honestly, with as many photo leaks as this SUV has seen, you'd think I would've managed to play it straight when Ford extended an early invite to a Michigan off-road park to check it out.

Top, doors and more: Everything that comes off the Bronco

If you're like me, one of the first things you want to know about the 2021 Ford Bronco is: What unbolts, and how quickly and easily? The answer to the first of those questions is the roof, the doors, the fender flares, the fenders themselves and the grille.

Unlike on the Jeep, the Bronco's doors are frameless, which should give this SUV an advantage at feeling like a proper full-fledged convertible when the roof is removed. The Bronco's doors are aluminum, and they weigh 54 pounds (front) and 43 pounds (rear). Bizarrely, that means they're actually slightly heavier than the Jeep's doors, but their smaller size and built-in grab handles should make them easier to operate.

While I was unable to try unbolting the doors on an early prototype myself, the disassembly and removal process sounds more manageable than for the Jeep, what with the latter's door-retention check-strap and awkward wiring harness. What's more, because the doors are frameless, they fit in the cargo area of both two- and four-door models, so they can be carried on the trail with you. The coup de grâce? The sideview mirrors are mounted on the cowl, so you don't lose them going alfresco.