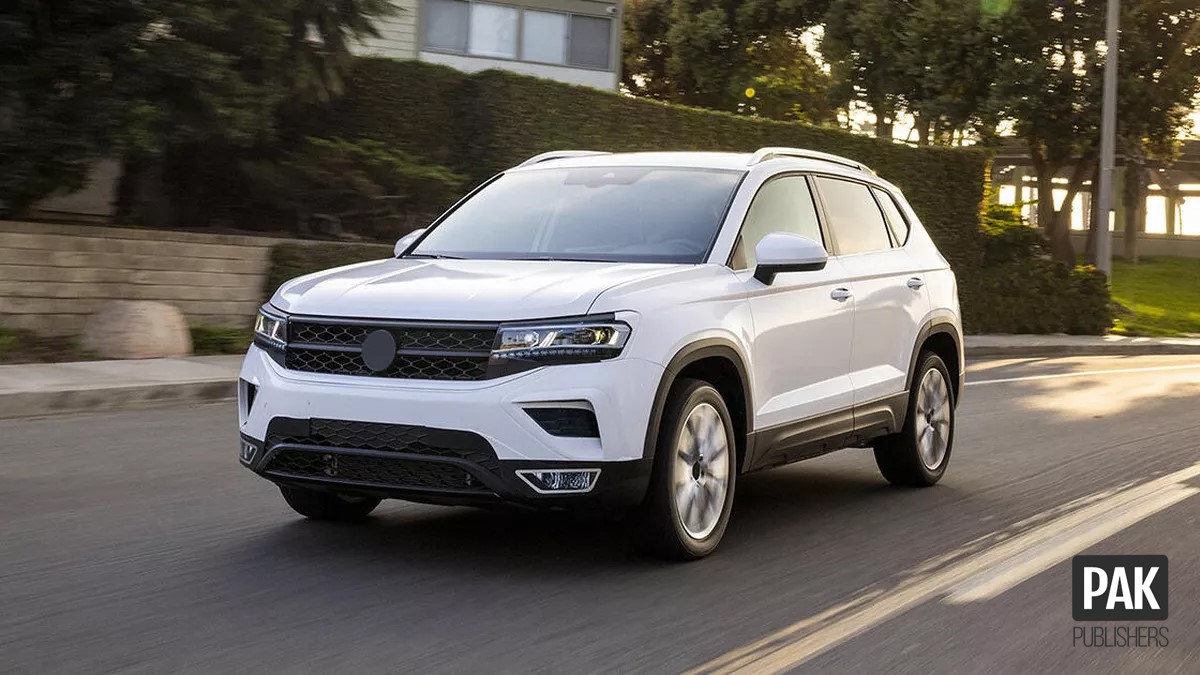 A brief drive in a 2022 Taos prototype reveals a lot to like about VW's new crossover.

The Taos is Volkswagen's forthcoming new small SUV, and it can't get here soon enough. The 2022 VW Taos will compete in the booming subcompact crossover class, which is super important, especially considering SUVs accounted for roughly 60% of the brand's sales in the US through the first half of this year. Smaller than a Tiguan but more practical than a Golf, the Taos ought to be a right-size offering.

Ahead of the Taos' official debut on Oct. 13, I spent about an hour driving a prototype near Volkswagen's research and development center in Oxnard, California. It's definitely not ready for primetime just yet; the exterior and interior were totally covered and I can't confirm much in the way of specs. My big takeaways? The Taos is peppy, comfy and easy to drive. Plus, it might have a real edge in terms of fuel economy.

As for how it'll look, don't get too attached to the pictures seen here. This might seem like a completed SUV, but it's actually a very clever form of camouflage where the entire vehicle is wrapped with styling elements from other VW models. The car you see here is white, but the real SUV underneath is actually blue.

The Taos is effectively an Americanized version of the Volkswagen Tharu sold in other countries, and was rumored to be called Tarek, not to be confused with Tarok (seriously, these names). It looks like a little Tiguan with slightly more upright proportions. In other words, it's cute, if a bit basic. But since I don't actually know what the US-spec car looks like, I'll have to reserve final judgment until it's unwrapped. Literally.

Volkswagen tells me the 2022 Taos is roughly 11 inches shorter in length than a Tiguan, which is large for its class. That means this newcomer is 174.2 inches long, positioning it nicely against competitors like the Kia Seltos (172.0 inches), Nissan Rogue Sport (172.8 inches) and Subaru Crosstrek (176.5 inches). Expect width and height to fall in line, as well.

There's plenty of space inside the Taos. Headroom is ample, shoulder room is adequate, and with the driver's seat set to my ideal position, backseat riders have a decent amount of legroom, though keep in mind, I'm only 5 feet, 8 inches tall. Given the Taos is about the same size as its aforementioned competitors, expect this SUV to be within a few inches of their respective dimensions. In other words, if you need to haul lots of people and things, it'll likely be too small. But for you, a partner and maybe a kid or a dog, the Taos will be fine.

The US-spec Taos will be available with one engine, which is half new. This 1.5-liter turbo I4 is an evolution of the 1.4-liter EA211 engine currently found in the Jetta. The updated, slightly enlarged motor gets APS-coated cylinder liners in order to reduce internal friction, as well as a variable turbocharger with higher boost pressure. All told, the 1.5T is not only slightly more powerful than the 1.4T it replaces, it should be more efficient, too.

VW says the 1.5T makes 158 horsepower and 184 pound-feet of torque. That's an 11-hp increase versus the 1.4T, but an identical amount of twist. When the Taos goes on sale, it'll initially be available with front-wheel drive and an eight-speed automatic transmission, but shortly after launch, an all-wheel-drive variant will come online with a seven-speed dual-clutch gearbox. Volkswagen of America COO Johan de Nysschen says the AWD model isn't just to appease folks who need foul-weather traction, either; paired with the DCT, he says this version should be slightly more engaging to drive. Here's hoping.

As it stands, the Taos isn't really a thrill behind the wheel, not that it needs to be. I only drove the prototype for 29 miles in early-afternoon traffic, so I'm not prepared to give you a full dynamic assessment yet. My quick impressions: The steering is direct but lacks feedback, the ride quality is tuned for comfort above all and there's an appropriate amount of body roll while cornering. More importantly, the thing that impresses me most is how quiet the Taos is on the road, even in this unfinished prototype form.

The extra benefit of the new EA211 engine isn't just a slight power bump, it's better fuel economy. I'm not talking EPA test numbers, either -- VW really wants to ensure its engines are efficient when driven by real people in the real world. For what it's worth, I've always had a pretty easy time meeting or exceeding the EPA mileage ratings in modern VW models (especially the TDIs -- remember those?). The 2022 Taos should deliver more of the same.

Without intentionally altering my driving style, at the end of a (decidedly short) 29-mile loop, my test Taos' trip computer showed 34.2 miles per gallon. That's after a mix of 70-mph freeway driving, 55-mph backroad cruising and some 25-to-40-mph city stuff. If this hypothetically translates to an EPA combined-cycle rating of 34 mpg, that puts the Taos ahead of the aforementioned Crosstrek (30 mpg), Rogue Sport (28 mpg) and Seltos (31 mpg), not to mention the Ford EcoSport (28 mpg), Hyundai Kona (30 mpg), Jeep Renegade (27 mpg), Mazda CX-30 (28 mpg) and others. Not bad.

I'll be able to tell you more about its specs, infotainment tech, driver-assistance options (my test car had lane-keeping assist active, so there's that) and, most importantly, pricing (think low $20,000s) when the Taos debuts on Oct. 13. But assuming Volkswagen doesn't screw up the rest of the Taos package, it's poised to be a solid contender in the highly competitive subcompact crossover class -- and not a moment too soon.