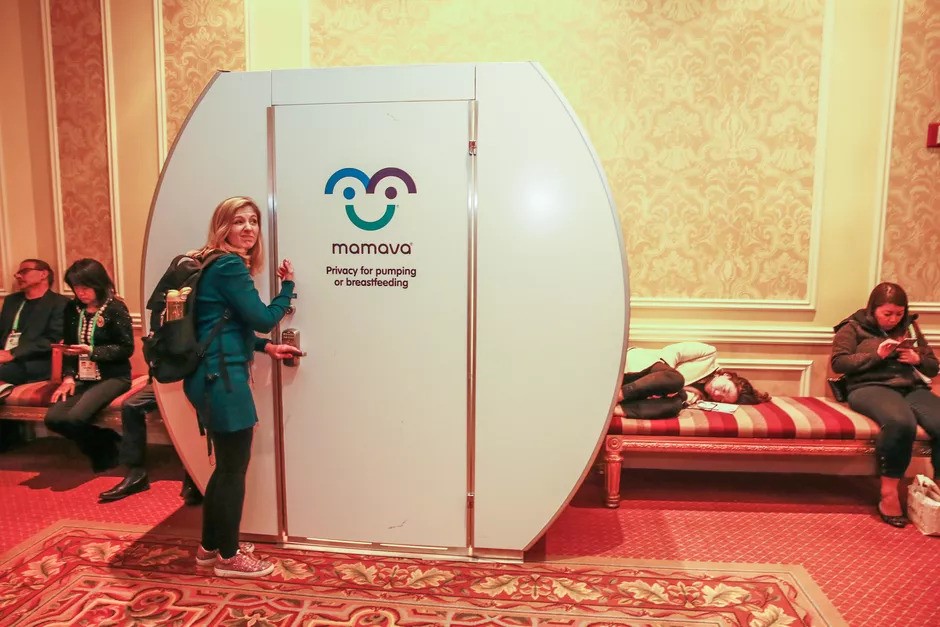 Commentary: This breast pump doesn't turn heads -- and that's the point. It saved my sanity while covering the world's largest tech show.

I'm sitting in a workroom here at CES 2020 with 35 of my CNET teammates, and no one knows I'm pumping breast milk.

That sentence would have sounded insane three years ago, but this motherhood magic is possible because of a machine called the Willow that's tucked inside my bra. It's technology that was unveiled at CES 2017 and is changing my life today -- and the lives of 60,000 other Willow owners looking for dignity and freedom while providing for their babies.

At this year's show in Las Vegas, Willow announced the third generation of its $500 wireless, Bluetooth-connected breast pump, which collects milk in spill-free bags. The machines look the same as prior models, but inside is new tech that improves the smarts of the suction automation, resulting in a softer, slower rhythm. In Willow's tests, it led to women pumping 20% more milk on average compared to older Willow models.

It's not the kind of tech that turns heads. It's not a giant TV wall or an alien concept car, but it is one of the few pieces of tech here that genuinely improves lives.

The American Academy of Pediatrics recommends infants are fed breastmilk for their first year. When traveling, it's not easy to pump. A pumping session can take about 30 minutes and, if you want to bring home enough milk, you may need to do it every two or three hours. Miss a few pumping sessions here and there, and your supply can diminish quickly. According to the US Centers for Disease Control and Prevention, 60% of mothers don't breastfeed for as long as they intend to. Stress about pumping at work is the second biggest reason women don't return to their job after maternity leave, according to Ovia Health.

Traditional breast pumps are a bit dehumanizing: Find a private room to take off your top, hook up to a machine with cones and tubes as collection bottles dangle from your breasts, and stay there for about 30 minutes tethered to a power outlet. With Willow, the only privacy you need is the time to put it on. Then you're free to walk around with these pumps under your clothing that weigh just under a pound each.

Finding a private space isn't easy. There are a few Mamava pumping rooms scattered around the convention center for that very thing. But the one next to the CNET stage was occupied the two times I wanted to use it to put on the Willow. Luckily, the Willow is simple enough I could pop into a bathroom stall, put it in my bra and be done in a few minutes. Align it on the breast, hit the play button, secure it in the nursing bra and I was good to go.

I've lived on both sides of this world. I have two kids. The first time I was in the pumping phase at CES, there was nothing like Willow. My only options were a convention center bathroom or a time-consuming run back to my hotel. I ended up not pumping most of the day. By the time I got home from the week-long trip, my supply had diminished to the point where I ended up switching my 6-month-old daughter to formula. It was just too hard to keep up. Now I have an 8-month-old son and I'm able to keep pumping longer without missing a beat. When I'm done, I take the Willow out of the bra, pop the milk bag out into a cooler lunch bag, and run to the next meeting. And that cooler bag comes with me to the airport on my trip back to New York.

Willow isn't the only company on the scene now. There's also the Elvie, a different design I've also tested. It also sits in your bra without any wires, but instead of bags it collects the milk in a container at the base of the pump. It provides similar freedom and an app to track it all, but it isn't spill-proof if I bend forward.

It's heartwarming to see at each new CES more options for tech that helps moms.

Willow says more than 80 women have been testing its newest model, which is coming out in the spring. It's not a device I'll need by then, but it can make a difference for the next round of mamas entering a world where pumping while working and traveling doesn't need to be a big deal.