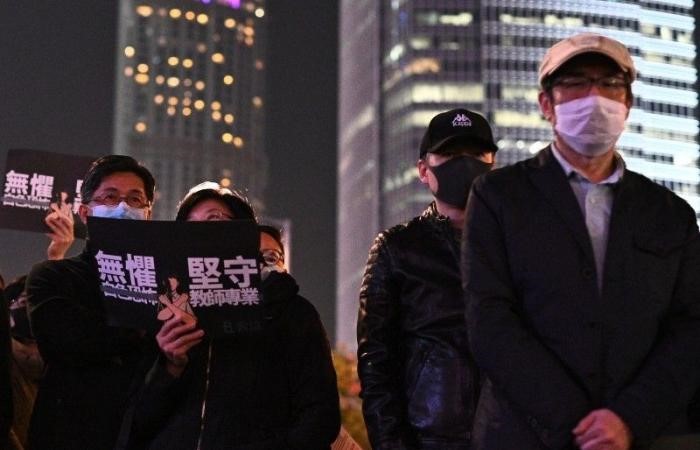 China has replaced its top envoy to Hong Kong, state media reported on Saturday, in the most significant personnel change since pro-democracy protests broke out in the city nearly seven months ago.

The removal of Wang Zhimin, the head of the liaison office, which represents the central government in Hong Kong, comes as the city grapples with its biggest political crisis in decades.

"Wang Zhimin has been dismissed from his position as head of the liaison office" for Hong Kong affairs and was replaced by Luo Huining, state broadcaster CCTV said, without giving details.

Communications between Beijing and Hong Kong are conducted through the liaison office.

Wang, the most senior mainland political official stationed in Hong Kong, had been the director of the government body since 2017.

The 62-year-old's dismissal makes him the shortest-serving liaison office director since 1997.

The new head, Luo Huining, 65, was semi-retired after being removed from his position as the secretary of the Shanxi Provincial Committee of the Communist Party of China.

The move comes as protests roil Hong Kong in a months-long show of anti-Beijing sentiment.

Reuters news agency reported that Beijing was considering potential replacements for Wang in a sign of dissatisfaction with the liaison office's handling of the crisis.

The office has come in for criticism in Hong Kong and China for misjudging the situation in the city.

Millions have come out for months on the streets in often-violent demonstrations demanding greater democratic freedoms in the semi-autonomous city, in the strongest challenge to Beijing's rule since the return of the former British colony to Chinese rule in 1997.

Hong Kong is ruled under a "one country, two systems" principle, which gives the territory rights unseen on mainland China - but protestors say they are steadily being eroded.

In early December, following media reports that Beijing was considering replacing him, Wang vowed unwavering support to the Hong Kong government and police force in a bid to quell the protests.