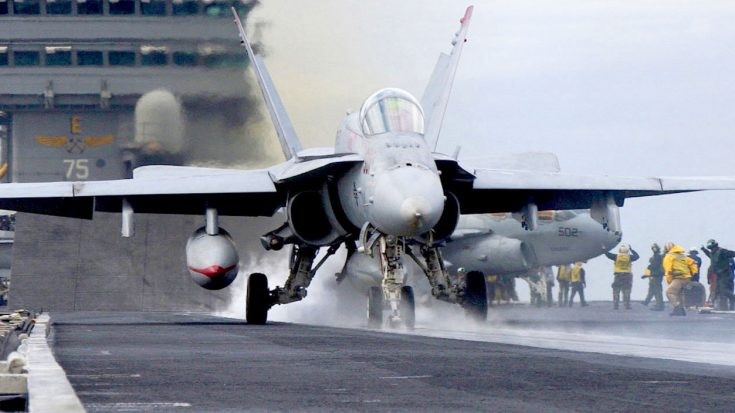 The IRST Block II system developed by Lockheed Martin is a passive long-range sensor that incorporates infrared and other sensor technologies for highly accurate targeting. Block II sensor system is the critical part of the Block III updates that will be made to the Super Hornet, the company said.

The new Block III standard will include a longer lifespan, improved network capability, a greater range with compliant fuel tanks on the fuselage back, large displays in the cockpit, a reduced signature and an improved communication system. With the test flight of the IRST Block II that has begun, both Boeing and the U.S. Navy will be able to gather data on the system before it has been deployed since 2021.

This aircraft will be one of the main fighter planes of the American carrier-based aviation – along with the new F-35C.