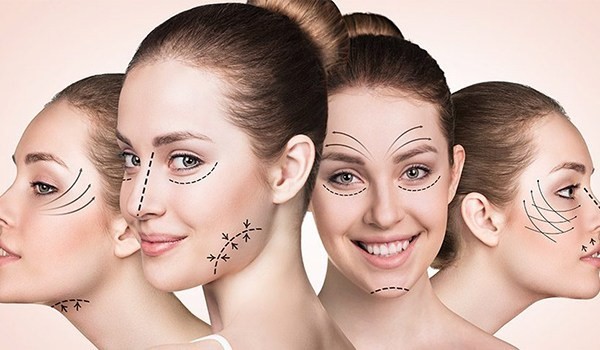 A plastic surgery software service leaked thousands of patient photos, videos and invoices on an unsecured database, security researchers said Thursday. This stock photo didn't come from that exposure. The images, many of them graphic, came from a French imaging company called NextMotion.

Thousands of images, videos and records pertaining to plastic surgery patients were left on an unsecured database where they could be viewed by anyone with the right IP address, researchers said Friday. The data included about 900,000 records, which researchers say could belong to thousands of different patients.

The data was generated at clinics around the world using software made by French imaging company NextMotion. Images in the database included before-and-after photos of cosmetic procedures. Those photos often contained nudity, the researchers said. Other records included images of invoices that contained information that would identify a patient. The database is now secured.

Researchers Noam Rotem and Ran Locar found the exposed database. They published their research with vpnMonitor, a security website. Rotem said he sees exposed health care databases all too often as part of his web-mapping project, which looks for exposed data.

NextMotion, which says on its website that it has 170 clinics as customers in 35 countries, said in a statement to its clients that it had addressed the problem. "We immediately took corrective steps and this same company formally guaranteed that the security flaw had completely disappeared," said NextMotion CEO Emmanuel Elard in the statement. "This incident only reinforced our ongoing concern to protect your data and your patients' data when you use the Nextmotion application."

Elard went to apologize for the "fortunately minor incident."

The leak is the latest exposure of data from an unsecured cloud database, a global problem that affects a range of sensitive information. Exposed databases have leaked the records of drug rehab patients in the US, the national identity numbers of Peruvian moviegoers and the expected salaries of job seekers around the world. The problem stems from companies moving their customer data to the cloud without proper privacy protocols in place. It affects countless databases, researchers say.

Rotem said it wasn't possible to know how many patients had information exposed in the NextMotion database, because each patient was likely to have multiple records in the system. Still, it was potentially thousands of patients.

The NextMotion website says it provides a "secure medical cloud" with its servers in France to store records for cosmetic clinics around the world. The web page dedicated to data security includes logos relating to data security laws, including the US Health Insurance Portability and Accountability Act (HIPAA) and the European Union's General Data Protection Regulation (GDPR).

Rotem said these laws require many more layers of security protection for the data the researchers found. He said some of the images were 360-degree videos of patients' nude bodies. Some included images of genitalia.