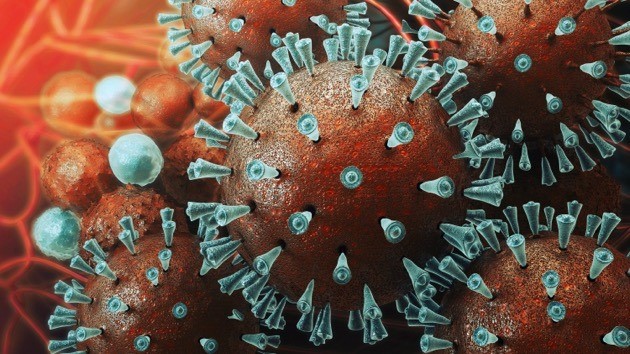 MWC's organizer calls off the huge global trade show as exhibitors drop out.

The spread of the coronavirus is taking a toll on the global technology industry, with companies shuttering stores and offices, limiting travel, and bracing for disruptions to an integrated worldwide supply chain. The outbreak of the pneumonia-like disease, now officially called COVID-19, has also weighed on Mobile World Congress, an annual industry gathering that was scheduled to open on Feb. 24 in Barcelona. After initially saying it would take precautions like barring visitors from China's Hubei province, where the new virus originated, and screening the temperatures of participants, organizer GSMA canceled the show on Feb. 12.

The GSMA's measures came after a host of companies, including some of the most prominent exhibitors, announced they wouldn't attend. LG led the way on Feb. 5 and was quickly joined by the likes of Amazon, Samsung, Ericsson, NTT Docomo and Facebook. (For a roundup of the coronavirus' impact on MWC, see this CNET story.) Other companies, like ZTE and TCL initially said they would still exhibit at MWC but would cancel their press conferences.

Another trade show affected is RSA, a major cybersecurity event scheduled for the week of Feb. 24 in San Francisco. On Feb. 14, corporate sponsor IBM said it was pulling out of the event, which typically draws more than 40,000 people. For now, though, conference organizers say they still plan to proceed as scheduled.

COVID-19 has generated concerns around the world since January, when the World Health Organization declared the illness a public health emergency of international concern. The UN health body cited worries about the virus' spread, particularly to countries "with weaker health systems." The virus has now infected more than 67,000 people in 27 countries and claimed more than 1,500 lives.

The coronavirus was discovered in the Wuhan region of Hubei province late last year and has symptoms similar to pneumonia. It was first reported to the WHO on Dec. 31, with Chinese scientists linking the disease to a family of viruses that includes SARS (severe acute respiratory syndrome) and MERS (Middle East respiratory syndrome). Infections have been found in nearly 30 countries. Fifteen cases have been identified in the US, where the disease has spread person to person in at least one case.

Many tech companies, like Twitter, Amazon and Microsoft are monitoring the situation closely and have curtailed nonessential travel.

Lenovo, the China-based laptop maker, said it was avoiding large face-to-face meetings and allowing more people to work from home until more is known about the outbreak. HP has implemented some travel restrictions for employees going to and from China. Mozilla, the company behind the Firefox browser, is making masks and hand sanitizer available.

Nintendo reportedly said production of its popular Switch handset in China was "seeing some impact from the coronavirus." Five factories that make LCD and OLED panels are expected to see slowdowns in production, according to IHS Markit, a research firm.

Those companies aren't alone. Here's how the virus is affecting some of the biggest names in tech.

Facebook has curtailed employee travel to China and canceled a marketing summit scheduled for early March, which was expected to draw 4,000 people. The company also reportedly expects delays in production of its Oculus VR headset.

The iPhone maker has temporarily shuttered all of its 42 stores in mainland China, one of its biggest and most important markets, through at least Feb 18. Apple also has temporarily closed its corporate offices and contact centers in China. The company said its online store in China remains open and that it will "closely monitor the situation" in order to reopen stores as soon as possible. All six Apple stores in Hong Kong remain open.

During its earnings call on Jan. 28, CEO Tim Cook said "a number" of Apple's retail partners have closed their locations as well.

Apple has suppliers in the Wuhan area but also has alternative sources for the components they provide. The company is "working on mitigation plans to make up any expected production loss," Cook said. What's less clear is how the coronavirus will impact suppliers in other parts of China, he said.

The search giant said Jan. 29 that it's temporarily closing all of its offices in mainland China, Hong Kong and Taiwan due to the health threat. The tech giant has also placed restrictions on business travel to China and Hong Kong.

Google employees in China and those with immediate family members returning from China have been told to work from home for at least 14 days. Google's China business focuses mainly on sales and engineering for its advertising business.

Foxconn has reportedly told its employeesnot to come back to work at its offices in Shenzhen, China, until further notice. While Foxconn last month said the coronavirus wouldn't stop it from hitting its production targets, the iPhone manufacturer is now working "to safeguard everyone's health and safety and comply with government virus prevention measures," Bloomberg reported Feb. 7, citing an internal memo.

"We urge you not to return to Shenzhen," Foxconn reportedly said in a text message to employees. Foxconn didn't immediately respond to a request for comment.

The home rental service said it would offer guests and hosts affected by coronavirus the opportunity to cancel reservations without penalty. The policy applies to hosts or guests in Hubei Province, where Wuhan is located, with reservations through April 1, as well as any guests already staying in Hubei.

The ride-hailing giant has temporarily suspended roughly 240 user accounts in Mexico to prevent the spread of coronavirus. In a statement on Twitter, Uber said it suspended the accounts in Mexico because those users had come in contact with two drivers possibly exposed to the virus. The company acted after receiving information from the Mexico City health department about a passenger who may have been a carrier of the virus. The affected accounts include two drivers who transported the individual, along with about 240 passengers who came in contact with those drivers.

The electric car maker is closing its new plant in Shanghai for up to a week and a half after the Chinese government told private companies to temporarily cease operations. CFO Zack Kirkhorn told investors about the mandatory closure during the company's fourth-quarter earnings call. The shutdown may "slightly" affect first quarter profits, he said.

The closure comes shortly after Tesla had begun ramping up production at the facility. All private facilities will remain closed until Feb. 9, though utility firms and health care industries remain open.

The show must (not) go on

Before the GSMA pulled the plug on MWC, more than 20 companies said they would either limit their participation or not attend entirely. They included:

It'll take a while before we know what the impact of the show's cancellation will be on the mobile industry. Many companies use MWC as the stage to unveil new devices, from phones to virtual reality headsets. And since many companies also have canceled their companion events to MWC, new phone launches will be delayed.