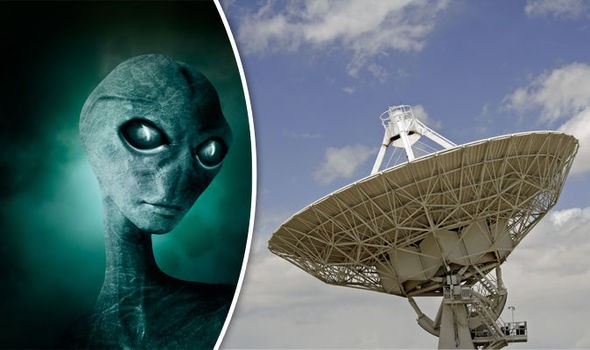 Astronomers detected powerful radio signals from across the cosmos in a weird pattern. A Harvard professor says E.T. is on the table of possible explanations.

There are weird signals called fast radio bursts (FRBs) coming from the depths of outer space and scientists can't be sure where most of them are coming from or what might be sending them. One FRB has now been observed repeating in a relatively regular pattern for the first time and while it's probably not aliens sending out the signal, a prominent astronomer reminds us that we can't rule E.T. out as an explanation either.

Harvard's Abraham Loeb has had a long career as a respected astronomer. In recent years he's become one of the loudest voices in the "not saying it's aliens, but..." camp. In 2018, after a bizarre interstellar object buzzed Earth, he famously made waves by suggesting the object -- 'Oumuamua -- could be an artificial craft of some sort.

I asked him what he thought about the most recent FRB find and he told me he believes the powerful, fleeting bursts of radio signals from across the universe are most likely "the bright analogs of pulsars, which are spinning neutron stars with strong magnetic fields."

These would have to be some very powerful and weird pulsars, because so far pulsars have mostly been detected within our galaxy and cosmic neighborhood, whereas FRBs come from the other side of the universe.

"At the moment we do not have a smoking gun that clearly indicates the nature of FRBs," Loeb says. "So all possibilities should be considered, including an artificial origin. A civilization might generate a powerful beam of light to propel cargos with a sail and we could observe the leakage of that radiation outside the boundaries of the sail."

This is an idea Loeb has also worked on making a reality for our civilization. He's chairman of the Breakthrough Starshot advisory committee, which is a Mark Zuckerberg-backed effort to send a tiny, lightweight spacecraft to Alpha Centauri propelled by powerful laser beams.

Given the fact humans are working on such a project, it only makes sense that a more advanced civilization may have already succeeded or perhaps greatly improved on the concept.

I asked Loeb if the odd, cyclical FRB recently discovered could also conceivably be some form of alien communication. He tells me the pattern -- or periodicity -- of the bursts could have a simpler explanation.

"We observe periodicity in many astrophysical systems such as pairs of stars. Therefore, by itself -- periodicity is not unusual enough to require an artificial origin. If we detected a Morse coded message, the data would have required a more creative interpretation."

It also doesn't make much sense to send a message across the universe when it would likely take millions of years to receive a reply. Further, he explains, if it were a message meant for a recipient much closer than us, there would be no reason to make the signal so powerful.

But a super-powerful energy beam would be useful in propelling spacecraft across the cosmos. And if some FRBs are really the leakage from such a beam that misses or spills over the edges of an alien light sail, Loeb says it would have to be a very capable civilization behind the technology.

He and a colleague even ran the numbers on how beams propelling extragalactic light sails could explain FRBs in a 2017 paper published in The Astrophysical Journal Letters.

"(The paper) showed that in order to produce FRBs across cosmological distances, one needs to use a huge amount of power, comparable to the total power in sunlight intercepted by the Earth," he says. "This would require a vast engineering project, millions of times more ambitious than we ever contemplated here on Earth."

Loeb also believes it's possible the bursts could come from different types of sources, natural or artificial, and that finding a nearby repeating FRB or detecting one in different wavelengths (such as X-rays or visible light) could go a long way toward solving one of the most enigmatic mysteries in the cosmos.