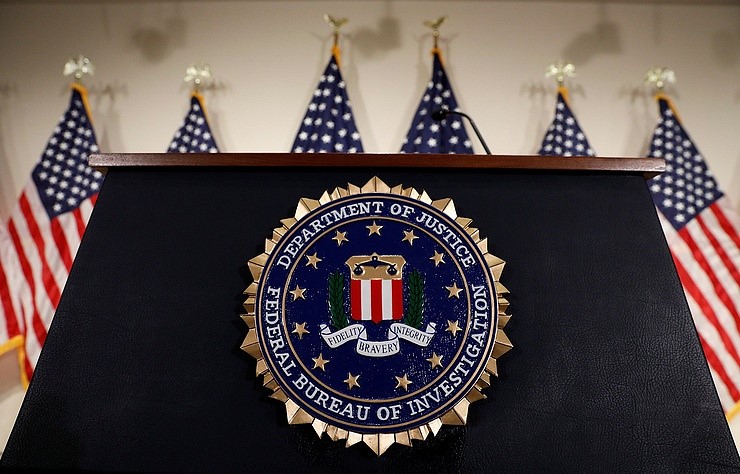 But there's no sign of America's election infrastructure is being targeted, Chris Wray tells lawmakers.

The director of the FBI told lawmakers Wednesday that Russia is engaging in "information warfare" as the US heads into the 2020 presidential election. But he said there's no sign that Russia is targeting America's election infrastructure.

FBI Director Chris Wray told the House Judiciary Committee that Russia is waging a covert social media campaign to create a political divide and sow the seeds of discord among Americans, just as it did during the 2016 election, according to an Associated Press account of the hearing.

The effort, Wray said, involves fictional personas, bots, social media postings and disinformation. He said the threat was continuous and that was harder to combat than a hack on an election system.

"Unlike a cyberattack on an election infrastructure, that kind of effort -- disinformation -- in a world where we have a First Amendment and believe strongly in freedom of expression, the FBI is not going to be in the business of being the truth police and monitoring disinformation online," Wray said.

Disinformation has long been a part of Russia's foreign policy strategy, and social media has allowed the trolling effort to expand on a viral scale. US intelligence agencies have warned Congress that these campaigns will continue in future elections.

Wray's comments come as the US gears up for the 2020 presidential campaign, which will make election systems appealing targets for Russian hackers. Russia is believed to have targeted systems in all 50 states during the last presidential election, according to the Senate Intelligence Committee, although a report on the subject concluded there was no evidence votes had been changed.

Although he said that law enforcement hadn't seen "any ongoing efforts to target election infrastructure like we did in 2016," Wray warned that Russian efforts to use social media to spread disinformation haven't slackened.

"They identify an issue that they know that the American people feel passionately about on both sides and then they take both sides and spin them up so they pit us against each other," Wray said. "And then they combine that with an effort to weaken our confidence in our elections and our democratic institutions, which has been a pernicious and asymmetric way of engaging in ... information warfare."