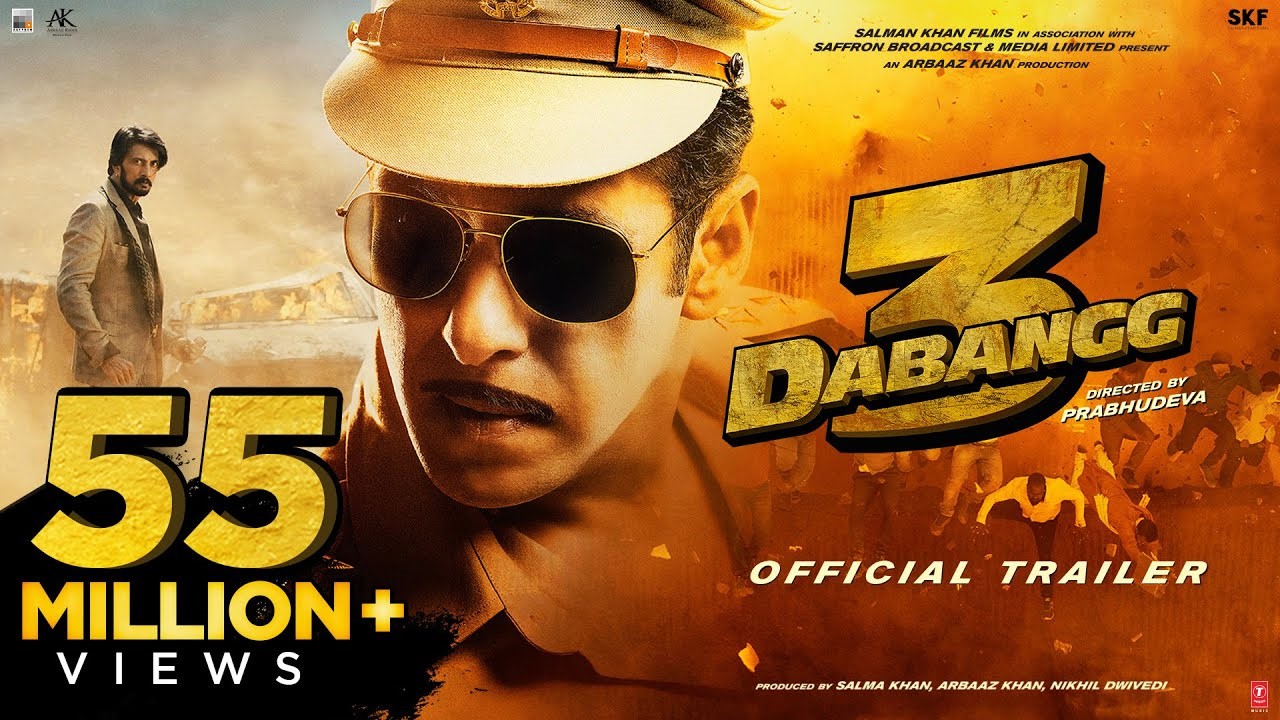 Dabangg 3 is a 2019 Indian Hindi-language action comedy film directed by Prabhu Deva, and produced by Salman Khan and Arbaaz Khan under their respective banners of Salman Khan Films and Arbaaz Khan Productions. The film is a sequel to the 2012 film Dabangg 2 and the third installment of Dabangg film series.

Chulbul Pandey and his story moves from Laalgunj to Kanpur to Tundla, all in Uttar Pradesh, in the third instalment of the Dabangg franchise. Along with the locales, the directors and the respective flavours they add to each film have also changed - from Abhinav Kashyap to Arbaaz Khan to now Prabhudheva.

What hasn't changed is Salman Khan's dabanggai. If his subordinate asks for a promotion he still shoots at him so that he can claim sarkaari compensation. His toxic yet all-in-jest banter with bro Makkhi (Arbaaz Khan) is still on. And he still wastes err...invests, sorry, invests as much time as he can delivering punch lines pe punch lines before finishing off the bad guy. Sometimes, much to Rajjo's (Sonakshi Sinha) peril.

But then, Chulbul wasn't always like this. Just as Bhai's fans made him the Bhaijaan that he is today, Bali Singh (Kichcha Sudeep) with little (pale, pasty-faced, Piranha-pout) help from Khushi (Saiee Manjrekar), made Chulbul.