How Disney trying to kill Netflix 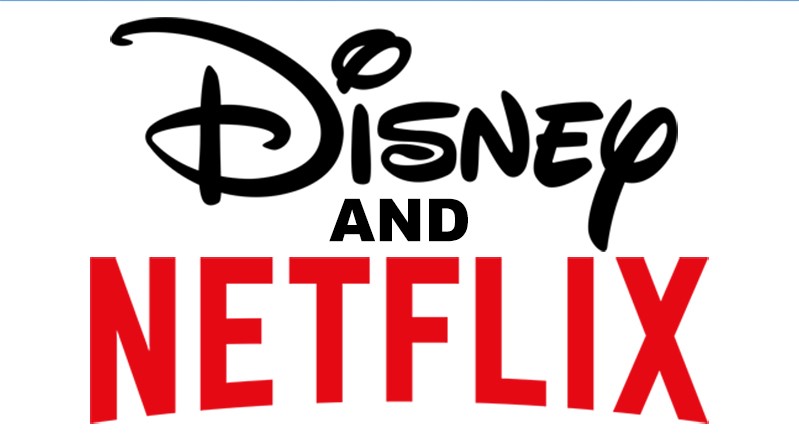 The flood is here. On Tuesday, Disney+, the studio’s long-awaited streaming service, launched with over 100 exclusive films—including the blockbuster Star Wars franchise, the Marvel Cinematic Universe, and nearly every Pixar feature. By the end of its first year, the $6.99-per-month service plans to balloon to roughly 500 films and some 7,000 episodes of television.

Disney is trying to kill Netflix, or at least put a dent in it. The O.G. streaming giant has already been offering consumers a bargain-basement television of sorts, with name-brand gems buried in a vast archive of cheap, often mediocre content. In 2018, Netflix offered viewers more than 1,500 TV shows and 4,000 movies; the same year, it produced nearly 1,500 hours of original content, as reported by Quartz.

Market analysts will be watching, this week, to see if Netflix users ditch their subscriptions to sign up for Disney+. But while these two behemoths go head-to-head, the waters are still rising. Amazon Prime Video already offers an estimated 18,000 movies (according to numbers from 2016). Disney+ will offer an option that pairs its PG-13 fare with adult-skewing content on Hulu and an ESPN package to boot. HBO Max, the upcoming streaming platform from WarnerMedia, plans to launch in May 2020 with about 10,000 hours of programming. Peacock, from NBCUniversal, plans to launch with some 15,000, including a Battlestar Galactica reboot.

If these figures are jaw-dropping, the costs are even more so. On their own, each of these services has a low monthly price point compared to cable—Apple TV+, the cheapest, is $4.99 per month, while HBO Max, the most expensive, will be $15 monthly. But behind the scenes, the scaffolding for these platforms has cost billions. Disney CEO Bob Iger invested $2.6 billion just acquiring the technology for Disney+; the studio plans to spend almost $1 billion on original content for Disney+ in 2020. Apple TV+ reportedly spent at least $1 billion, and possibly up to $6 billion, developing its relatively tiny slate of 10 shows. AT&T told investors it’ll spend up to $2 billion on HBO Max. A few popular, easily rewatchable shows such as Friends and Seinfeld—all multicam sitcoms—have turned into billion-dollar bargaining chips. NBCUniversal paid $500 million to pull The Office from Netflix in 2021; WarnerMedia reportedly spent about as much pulling Friends from Netflix onto HBO Max. And in a “staggering” deal rumored to be worth billions of dollars, HBO Max secured The Big Bang Theory for five whole years.

This is the attention economy—and this is how lucrative our viewership is. Telecom corporations are spending billions of dollars for the privilege of supplying you with more hours of cheap content than you possibly have room for, an endless autoplay into infinity.

As recently as a decade ago, television was not a thing you streamed, but the stream—the live feed, the prime-time programming, the newest content. TV was not just the show, but the commercial breaks that interrupted it, the news that preceded it, and the machine itself too. Netflix punched a hole in that idea of television—first, turning the stream into an ocean of content, and second, letting you, the viewer, choose what you wanted to fish out of that ocean at any given time.

Now a half dozen other services want to offer you that same power, but the oceans of content are all different, and you have to pay a different fee for each one. Classic TV, once a niche hobby for certain obsessives, is now a cultish pop-culture curiosity for a generation of teenagers. As a vector for content and a pastime, TV has flipped and flopped—keeping its name while metamorphosing into a different beast. Now we don’t “see what’s on”—we search a pay-to-view archive. The days of stumbling across something enjoyable are over, as Keith Phipps recently pointed out in TV Guide.