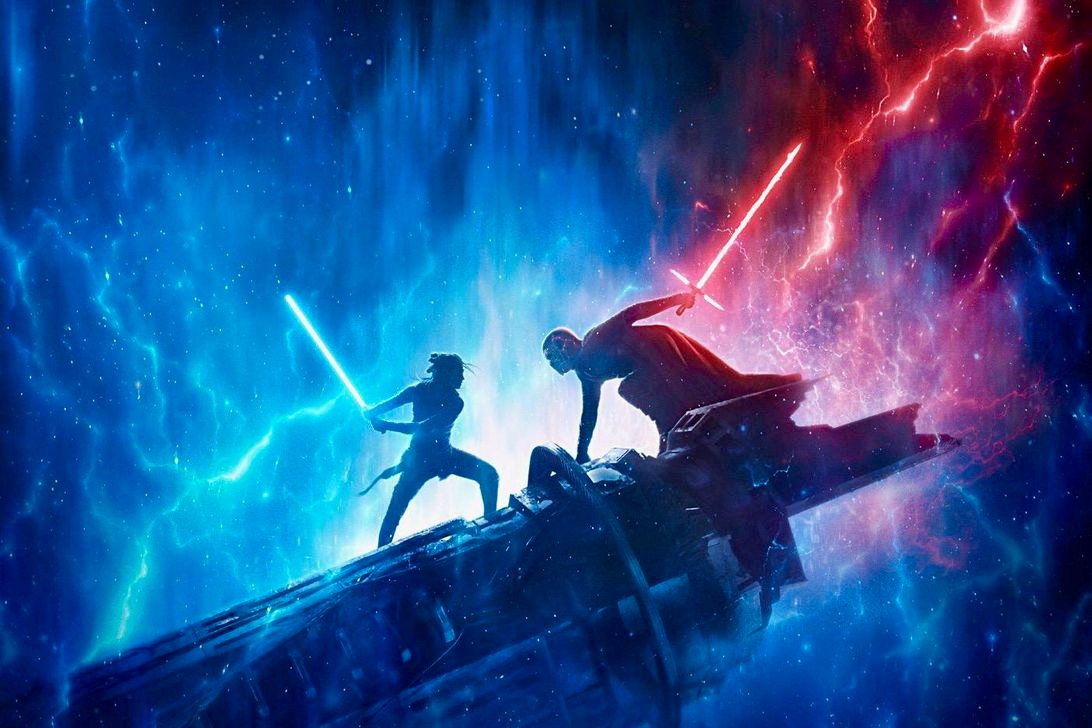 The summer that "Star Wars" premiered, many saw the movie multiple times. Then again, there were only three major TV networks and VHS machines were brand new, leaving little prospect of watching it outside a theater for quite a while.

Flash forward 42 years, and the ninth "Star Wars" movie, "The Rise of Skywalker," is poised to cross the $1-billion box-office threshold worldwide, and $500 million in North America. Yet those results are widely considered disappointing, which might not entirely grasp that the media landscape is rapidly changing, and whether Hollywood needs to begin recalibrating expectations to fit the streaming age.

Although it's pretty well understood that streaming has negatively impacted traditional TV networks, the jury remains out on whether the ubiquity of content is having an impact on box office.

Most studies have suggested that heavy streamers tend to be avid movie-goers as well, so it's possible the effect is negligible.

Still, studios have been flying blind as they funnel vast resources into streaming, knowing they can earn billions from monthly subscriber payments, but not entirely certain about the sacrifices to their traditional businesses.

The domestic box office did decline overall last year, despite standouts like "Avengers: Endgame," but international ticket sales offset that, hitting record levels. Meanwhile, more movies are being funneled toward streaming, even if some (see Netflix's "The Irishman" as an example) get an obligatory theatrical run before landing on TV screens.

What is clear is that consumers can increasingly watch movies and TV shows whenever they want, and not insignificantly, in have-it-your-way pieces. Yes, they have to pay for the privilege by anteing up for subscriptions, but that still omits the cost of parking or a babysitter, much less showering and leaving home.

"The Rise of Skywalker" arrived roughly five weeks after the rise of Disney+, as the studio behind the movie joined the streaming wars. That includes not only access to the earlier films but new waves of "Star Wars" content, beginning with "The Mandalorian," arguably the best "Star Wars"-branded live-action production since the original trilogy.

Why might that matter? Because most of the films are more enjoyable when watched for particular scenes, as opposed to wading through every wince-inducing line of dialogue in George Lucas' prequels.

Indeed, while "Star Wars" and "The Empire Strikes Back" are widely hailed as great films, there hasn't really been one since. Personally speaking, the subsequent "Star Wars" movies benefit from zapping through them -- eliminating Jar Jar Binks and jumping to the lightsaber battle with Darth Maul, or skipping from the clunky Anakin-Padme courtship to the Yoda vs. Count Dooku in "Attack of the Clones."

Wherever fans fall in the "The Last Jedi" vs. "The Rise of Skywalker" divide, the latest trilogy similarly contains scenes that fans will likely revisit for years to come, the same way they could re-watch parts of the previous films when they popped up on cable.

With services like Disney+, though, stumbling upon content isn't an issue. "Star Wars" and Marvel fare will be there, beckoning to fans who might want to reacquaint themselves with them -- or introduce the franchises to their kids.

Yet if that's a boon to consumers, there's a nagging sense that such wanton abundance and convenience will come with tradeoffs for studios.

Obviously, the theatrical experience and its communal aspects of movie-going offer unique qualities that people continue to relish. With the biggest franchises, there will always be spoilers and fear of missing out as motivators.

In that context, "The Rise of Skywalker's" box-office returns falling below previous installments do appear disappointing by comparison -- especially given the enormous hype -- despite joining the $1-billion club.

There isn't a single explanation for that, and the contributing factors likely include vocal fan blowback unleashed by the last movie and the cool critical reception toward this one.

The media galaxy, however, is undeniably changing, making trends as difficult to pinpoint as X-wing fighters attempting to hit a small exhaust port on the Death Star. Given that, a few years and several streaming services from now, who knows? Like the summer of '77, this current "disappointment" could easily look like the good old days.