Two new movies could disturb you into deleting all your apps 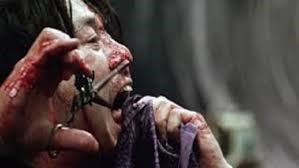 Our favorite technologies have strapped you, me and the rest of society onto a collision course. The Social Dilemma and Coded Bias take a hard look at it.

The Social Dilemma is a documentary that mixes traditional talking heads with a fictional story of one family and a sci-fi satire of a Facebook-like newsfeed.

Maybe you try to be an eyes-wide-open tech user. You clamp down on apps' location tracking. You keep Facebook and Alexa on a short leash. Yeah, me too. And still my phone felt radioactive in my hands both times I walked out of the theater after watching The Social Dilemma and Coded Bias.

Both movies -- new documentaries at the Sundance Film Festival this week in Park City, Utah -- try to lift a veil off technologies we know and, sometimes, love: social media, algorithmic recommendations, artificial intelligence. Casting away any gauzy optimism that remains about connecting the world or delighting users, both movies dig into how these technologies addict us, extract data from us for profit or control, or inadvertently work against already marginalized people.

They both make the point that our robot overlords aren't going to be the ones popular sci-fi has warned us about. Humanity is at greater risk of falling prey to a much quieter technological dystopia, one we're already be living in.

"AI is not something that is of the Terminator, or the stuff of Blade Runner. It is the stuff of health care and hiring and criminal justice," Shalini Kantayya, the director of Coded Bias, said in an interview this week. "Automated systems are becoming gatekeepers in many of the systems that we interact with every day, and ... we can be denied an opportunity without knowing it."

Researcher Joy Buolamwini's face was undetectable by the facial-recognition system used in her student project, unless she put a white mask over it.

The central figure in Coded Bias is Joy Buolamwini, an MIT Media Lab researcher. The movie starts with Buolamwini's realization that biases are baked into code, when the facial recognition system in her student project couldn't detect her, a black woman, until she put on a creepy, chalky-white mask. The movie takes side trips, but it always returns to her learning about flaws with technology and trying to educate about them. The journey culminates with her testimony in Congress about how these problematic systems make crucial decisions in people's lives.

As Buolamwini testified, the director felt one of her greatest shocks during filming. Jim Jordan, a conservative Republican representative from Ohio, was so alarmed by facial recognition as she and other experts presented it that he called the technology "a 1984 George Orwell scenario that I think troubles us all." Kantayya said she realized "the seriousness that this actually wasn't about left and right."

"It actually was about right and wrong," she said.

The focus of Coded Bias is how automated systems, like facial recognition or application-sorting software, are often inaccurate, and those inaccuracies can be worst for people who don't resemble the designers of the technology. (The technical forces and leadership ranks of the biggest consumer tech companies are majority male and more white than any other race, based on workforce diversity reports from Facebook, Apple, Amazon, Netflix, Google and Microsoft.) Yet flawed, biased systems are used to make decisions like who gets a loan, how job performance is measured and who police stop in the street, the movie argues.

The Social Dilemma, as you might expect, homes in on social media. It lays out how we, as individuals, are outgunned by supercomputers preying on the weakness of our psychology every time we scroll through our social feeds. And it dissects how these technologies are finely tuned to become addictive tools that mine us like a raw resource, sometimes with painful repercussions.

The doc takes an unconventional route to get its message across. In between talking-head experts and animations to explain wonky concepts, The Social Dilemma weaves in a scripted plot with actors. And the narrative itself has a twist. The nucleus of the story is a family of five dealing with technology in their day-to-day lives, but it all plays out with a satirical embodiment of algorithmic menace. Vincent Kartheiser, who got his break portraying a weasely ad man on Mad Men, embodies three different algorithms -- engagement, growth and advertising. They all stand in front of a Minority Report-like console designed to nudge and prod the family's teen brother with notifications, ads and recommendations -- eventually taking him down a dark path.

"We came across all these personal stories of people had been radicalized online, or girls who had committed suicide or attempted suicide because of things that happened online," said Vicki Curtis, one of the writers of The Social Dilemma, in comments after the film's premiere. "We wanted to find a way to bring all of those personal stories and all those heartaches that broke families up into the film."

In the end, both The Social Dilemma and Coded Bias end with solutions. As the credits roll, the experts in The Social Dilemma run through simple changes you can make and rules you can set for yourself to control more of your fate in a social-mediated world. And as Coded Bias draws to a close, Buolamwini literally dons a cape and shield, the emblems of the Algorithmic Justice League organization she founded to advance more awareness about AI.

But the last line of Coded Bias is actually delivered by an AI, the kind of tranquil, female-gendered voice familiar from Alexa, Google Assistant and Siri. Some people say technology can be dangerous, she intones.