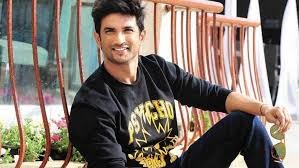 Sushant Singh had put up a moving post when his former manager Disha Salian was found dead a few days ago. "It's such devastating news," he wrote on Instagram

New Delhi: Bollywood actor Sushant Singh Rajput was found hanging at his Mumbai home, police said today. He was 34. The popular actor was recently seen in the film "Chhichhore" and his last appearance was in the Netflix film "Drive".

He had put up a moving post when his former manager Disha Salian was found dead a few days ago. "It's such devastating news," he wrote on Instagram.

The actor is survived by his father and five sisters. He was the youngest among them. His last post on Instagram was dedicated to his mother.

Rajput, who became a household name with his hit television series "Pavitra Rishta", debuted in films with the critically acclaimed "Kai Po Che!" based on Chetan Bhagat's bestselling book "The Three Mistakes of My Life".

He also played the eponymous role of Detective Byomkesh Bakshy in the 2015 film.

The movie catapulted Sushant Singh Rajput into the big league and he went on to do several big-ticket films. He also played MS Dhoni in the former skipper's biopic, for which he was nominated for film awards.

Rajput was born in Patna. One of his sisters, Mitu Singh, is a state-level cricketer.

He studied engineering and was a National Olympiad Winner in Physics.

After he started participating in theatre and dance, he rarely had time for studies, resulting in several backlogs which ultimately made him leave DCE. He completed only three years of the four-year course before dropping out to pursue an acting career.

A shell-shocked film industry posted tributes on Twitter. "Honestly this news has left me shocked and speechless...I remember watching #SushantSinghRajput in Chhichhore and telling my friend Sajid, its producer how much I'd enjoyed the film and wish I'd been a part of it. Such a talented actor...may God give strength to his family," Bollywood actor Akshay Kumar wrote.

"No No No!!!!! Horrible heartbreaking news of the passing of #SushantSinghRajput ! Shocking & sad beyond words!!! Goodbye Sushant.. you were such a wonderful performer and had such a long long way to go! Don't know what you were going through but I'm sorry for your suffering! Red heart (sic)," Swara Bhaskar posted, condoling his death.

"The news of Sushant Singh Rajput's death is truly sad. What a tragic loss???? Deepest condolences to his family & loved ones. May his soul find eternal peace," actor Ajay Devgn wrote.

Abhishek Bachchan tweeted: "This is just so shocking. A wonderful talent. RIP Sushant".