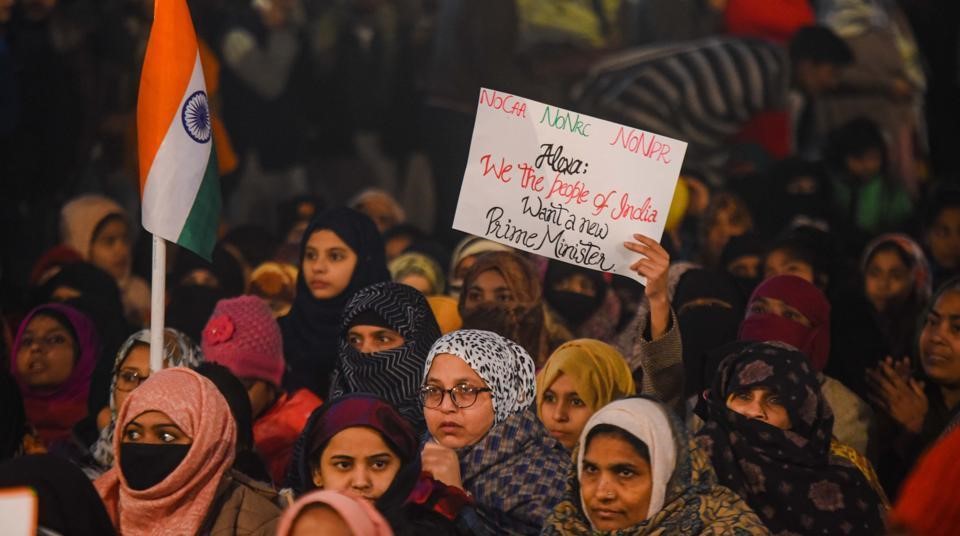 Anti-CAA demonstrators from all faiths pray for withdrawal of law and communal amity at women-led epicentre of protests.

New Delhi, India - A Hindu priest lights up a sacred fire and chants from his scriptures, surrounded under a large tent by dozens of Muslim women, some sporting vermillion on their foreheads - a gesture of reverence usually displayed by the Hindus.

The priest was participating in an interfaith prayer ceremony held on Thursday at New Delhi's Shaheen Bagh, a Muslim-dominated neighbourhood in India's capital, where an all-women sit-in has turned into the epicentre of nationwide protests against the controversial Citizenship Amendment Act (CAA).

The CAA fast tracks Indian nationality for non-Muslims from three Muslim-majority neighbouring countries - Pakistan, Bangladesh and Afghanistan - who came to India before 2015.

Opposition parties and critics say the CAA violates India's secular constitution by making religion a marker of citizenship, and have challenged the law in the Supreme Court. 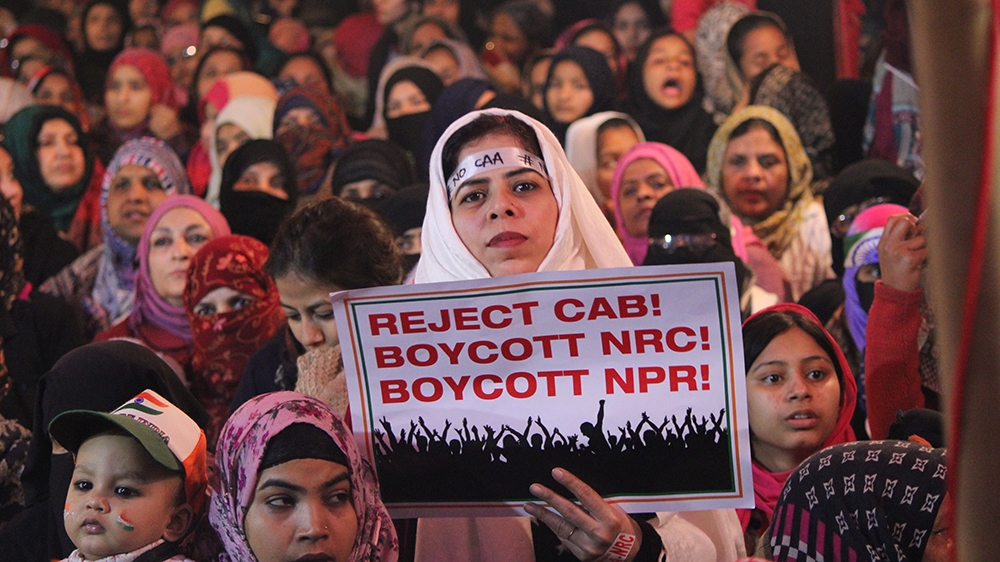 Faced with an ongoing National Population Register (NPR) and a proposed National Register of Citizens (NRC) across India, Muslims, who form 15 percent of India's 1.3 billion population, fear the steps are aimed at marginalising them.

Since the passage of the CAA pushed by the governing Hindu nationalist Bharatiya Janata Party (BJP) in December, millions of Indians have hit the streets in sometimes deadly protests, demanding its withdrawal.

At Shaheen Bagh, protesters led by Muslim women have blocked a major highway since December 16, a day after police stormed into two Muslim-dominated universities to break anti-CAA protests, firing tear gas and stun grenades and wounding more than a hundred students.

'It has united us all'

Since then, Shaheen Bagh has become a site of popular resistance, where people belonging to all religions join its women demonstrators, raising slogans such as "Save the constitution" and "People's unity, long live".

On Thursday, an interfaith prayer ceremony was organised at the site, where priests from India's major religions - Hinduism, Islam, Sikhism and Christianity - read from their holy books to underscore communal amity.

"I thank [Prime Minister Narendra] Modi and [Home Minister Amit] Shah for giving us Shaheen Bagh. It has united us all," said Sant Yuvraj, the 52-year-old priest who performed the Hindu rituals.

"The havan [sacred fire] is our response to whatever is happening in the country," he told Al Jazeera.

- and hindus performed a 'hawan' Yesterdy

Sister Daphne, 65, who led the recitation of the Bible at the ceremony, felt the communal prayers will ensure peace in the country.

"We want to follow the policy of live and let live," said Sister Daphne, who belongs to the All Saints' Church of Faridabad, one of New Delhi's satellite towns.

A Sikh choir group sang hymns from their holy book, while a Muslim priest led a prayer, with the protesters joining their hands to ask for God's blessings.

The plurality of the exercise was reflected in slogans raised, which ranged from the Hindu "Jai Shri Ram" (Hail Lord Ram) to the Muslim "Allah hu-Akbar" (Allah is the greatest), the Sikh "Jo bole, so nihaal, Sat Sri Akal" (Shout aloud in ecstasy, eternal is the Holy), and the Christian "Jai Yeeshu" (Hail Jesus).

The event also saw a breaking of sartorial stereotypes. Several Muslims, Christians and Sikhs were seen wearing the vermillion mark on their forehead. Some Hindu men came wearing skullcaps.

Recently, Prime Minister Narendra Modi, while criticising the anti-CAA protesters, had said they could be identified by their clothes, an oblique reference to Muslims.

Hate campaign ahead of Delhi polls

The interfaith meet came amid a relentless attack by the BJP leaders including Modi and Shah, who critics said were trying to polarise voters ahead of the crucial Delhi assembly election, to be held on Saturday.

The BJP's poll campaign saw its leaders invoking people to "shoot" the protesters, drawing reprimand from the Indian election commission.

On February 1, an armed man fired two rounds at Shaheen Bagh as he raised Hindu slogans. While the police were taking him away, he said "only Hindus will prevail" in the country. Against such a tense backdrop, Fatima, a 30-year-old Muslim woman who had been participating in the sit-in for more than a month, described the interfaith event as a "beautiful gesture".

"The leaders of BJP are trying to malign Shaheen Bagh in order to polarise people and gain benefit in Delhi elections. But we will not let that happen," she told Al Jazeera.

Harinder Bindu, a 43-year-old Sikh woman farmer from the western state of Punjab, covered a distance of 200 kilometres (125 miles) to join the Shaheen Bagh protest.

She said the event showed how secular the anti-citizenship law protest was.

"This meet busts allegations that Shaheen Bagh is mini-Pakistan. The people protesting here are from all religions and they all are Indians," she told Al Jazeera.

Agreeing with her, the Hindu priest Yuvraj added he had been performing the rituals for over three decades, but it never felt more gratifying than what he performed at Shaheen Bagh.

Activist John Dayal, a member of the National Integration Council of India, a body that promotes religious harmony, said such prayer meetings were a reminder that India is a plural country.

"We need to be constantly reminded that we are diverse, and yet, we have an Indian identity," Dayal told Al Jazeera.