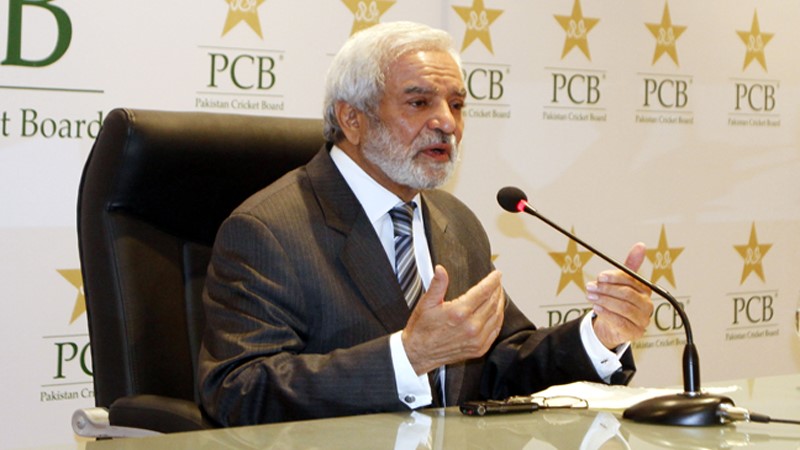 Pakistan Cricket Board (PCB) Chairman Ehsan Mani has said the year saw major changes for the sport and said the return of Test cricket to the country was the year's achievement.

"The biggest achievement for me was the two Tests we played against Sri Lanka at Rawalpindi and Karachi. It has sent out a message that Pakistan is safe and ready for international cricket and we will now build on it," Mani said in an interview.

For Mani, the achievement was not an easy feat to accomplish and he hailed the Sri Lankan cricket team for their effort. "The biggest challenge for me was to get Sri Lanka to tour Pakistan. They took small steps in their return to the country by playing white-ball cricket here first," he said.

Speaking about the major happenings for Pakistan cricket, Mani said the revamping of domestic structure led to riveting cricketing action on-field which renewed the fans’ interest in domestic events.

"The genesis of better on-field performances in international cricket is in domestic cricket. We made massive investment in the revamping of our domestic structure in a very short time which has resulted in a very successful Quaid-e-Azam Trophy," the PCB chairman said.

"The first-class matches have entered fourth day, which was previously missing. The pacers were not getting undue assistance anymore and this has brought spinners into play, which will address the issue of the lack of spinners," he added.

In terms of the board's governance, Mani said the constitution had been revamped in order to promote more ethical practices however, he added that accountability and transparency remains an aim for the board.

"We had to reform our constitution, make the structure of the board transparent, introduce corporate practices through clear delegation of duties and fully restore international cricket in Pakistan.

"We have to make cricket board more efficient and look forward at how we have to progress where there is value for money. We have to bring in more transparency and accountability and create an environment where we can work effectively," he aimed.

Mani also reflected on the positive aspects of the year and stated that the PCB was involved in five committees, which was formerly unheard of.

"The PCB now enjoys unprecedented representation at international level as we became part of as many as five ICC committees this year," he said.

Light at the end of the tunnel

In terms of performance, the year had not seen much to celebrate and instead saw defeat in four Tests in South Africa and Australia along with a marginal loss to losing finalists New Zealand in the Cricket World Cup 2019.

In light of the consistently inconsistent performances, Mani admitted to the difficulty of the challenge but remained hopeful for the prospect of the game, stating that the youngsters would fill in the gaps.

"Our challenge is to bring consistency in our performances and deliver the results. Our players are professionals and the more they play the better they will deliver," he said.

"These youngsters are extremely talented and they are the light at the end of tunnel, which has been evident by the recent performances," he added.