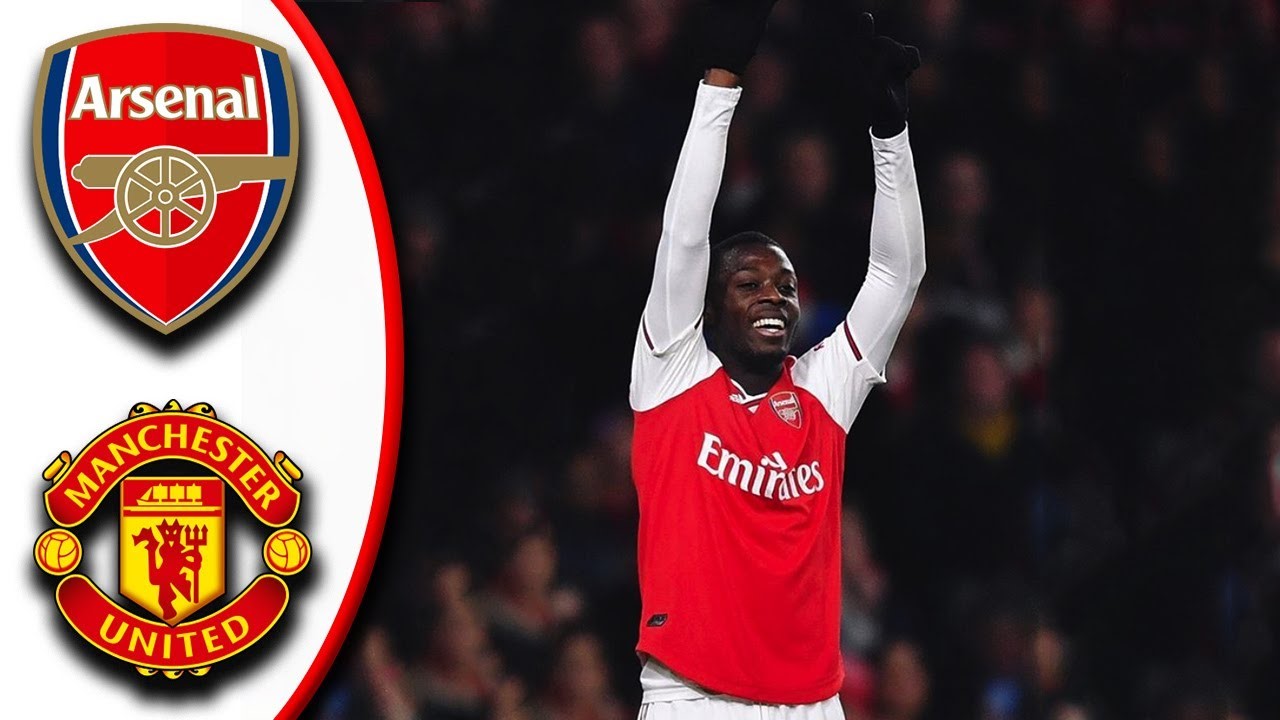 Arsenal rang in the new year by giving boss Mikel Arteta his first victory as lacklustre Manchester United crashed to a 2-0 defeat, while Tottenham and Chelsea also slipped up in the Premier League’s top four race on Wednesday.

Arteta had watched Arsenal take only one point from his first two matches, with last weekend’s 2-1 defeat against Chelsea especially painful after the Blues scored twice in the final minutes.

But Arsenal had played well for long periods in that London derby and they produced an even more sparkling display to put United to the sword at the Emirates Stadium.

The Gunners took the lead in the eighth minute when Sead Kolasinac’s cross ran through to Nicolas Pepe at the far post and the Ivory Coast winger beat David De Gea from close-range.

Arsenal, who last won in the league at West Ham on December 9, got a deserved second goal in the 43rd minute when De Gea kept out Alexandre Lacazette’s flick and Sokratis reacted quickest to lash home.

Arteta’s team are nine points adrift of the top four, but their second win in 16 matches in all competitions offers hope of a brighter future under the former Arsenal midfielder’s management.

“It feels great, incredible. I’m so happy and proud of the players,” Arteta said. “Physically the level dropped in the second half but the commitment and desire was terrific. The performances are getting better so I was desperate for the win and we got it.”

United are fifth, five points behind fourth placed Chelsea, after the latest in a long list of underwhelming performances in a troubled campaign.

“We started decent the first five or six minutes, didn’t capitalise, and then they played really well,” United manager Ole Gunnar Solskjaer said. “We were too slow in the first half, but that’s credit to them. Some tired heads maybe.”

Chelsea remain in pole position to secure the fourth Champions League qualification place but manager Frank Lampard will rue conceding a spectacular late equaliser in the 1-1 draw at Brighton.

Cesar Azpilicueta gave Chelsea the lead, tapping in from close-range in the 10th minute.

But Brighton scored the goal their persistence deserved in the 84th minute when Iranian substitute Alireza Jahanbakhsh acrobatically found the bottom-left corner with an overhead kick.

“It was frustrating for different reasons,” Lampard said. “We weren’t ruthless enough. We got the goal and we had the possession. But we just didn’t kill the game off.”

Those dropped points gave Jose Mourinho’s Spurs the chance to crank up the pressure on Chelsea and United, but they slipped to a 1-0 defeat at Southampton and England captain Harry Kane limped off with a hamstring injury.

Tottenham fell behind to a 17th-minute Danny Ings goal and Kane injured himself as he converted Christian Eriksen’s free-kick in the second half but was flagged offside.

Mourinho’s frustration boiled over as he was shown a yellow card after an altercation with the Southampton bench.

“I was rude,” Mourinho said. “I clearly deserved the yellow card. I had bad words.”

Elsewhere at the top of the table, second-placed Leicester cruised to a 3-0 win at Newcastle and Manchester City beat Everton 2-1 to hand Carlo Ancelotti his first defeat since taking over as manager.

Leicester appear to have put a mini-slump behind them, courtesy of goals from Ayoze Perez, James Maddison and Hamza Choudhury to move to within 10 points of leaders Liverpool.

City remain in third after their home win against Everton, a single point behind Leicester.

Gabriel Jesus scored twice in the second half at the Etihad before Richarlison pulled a goal back for Everton but City held on despite some nervy moments.

“This period is so tough. When you are far away from the first position sometimes people give up, but we never give up,” City boss Pep Guardiola said.

Struggling West Ham made a flying start under Moyes, returning to the London Stadium for a second stint as manager, hammering hapless Bournemouth 4-0 and lifting themselves out of the relegation zone, with the visitors now in the bottom three.