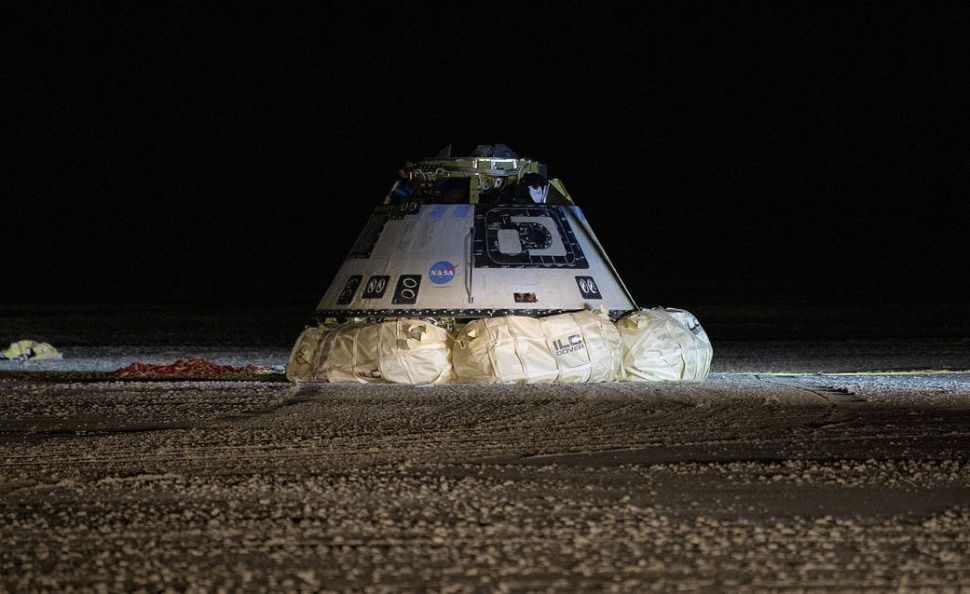 Boeing Space Starliner mission was to orbit the earth as planned by NASA. Unfortunately, it failed before touching the earth orbit and safely landed back in a desert of earth.

Jim Bridenstine said: "You look at the landing, it was an absolute bulls-eye," .The only first Spac Startliner by company Boeing, landed back to earth safely.

What was the Mission:

The mission was to dock with International Space Station (ISS) on Dec 21, and be sent back to earth on Dec 28. This Mission was prevented because of a timing error, thus Boeing Space Starliner has to land back to earth.

Jim Morhard, NASA deputy administrator said that the mission was only to strengthen the resolve of NASA.

A difficult docking process was assigned to this Starliner ship, which has to happen with the International Space Station (ISS) 400 kilometer (250 miles) above the Earch. The travel speed of this spacecraft was 7.66 kilometers.

What’s next? SpaceX CEO Elon Musk tweeted, "orbit is hard." But, all officials seem pleased with the mission objectives during this flight. A completely untried risk of taking people to space in a capsule, in its docking procedure, will loom over Starliner's next flight.