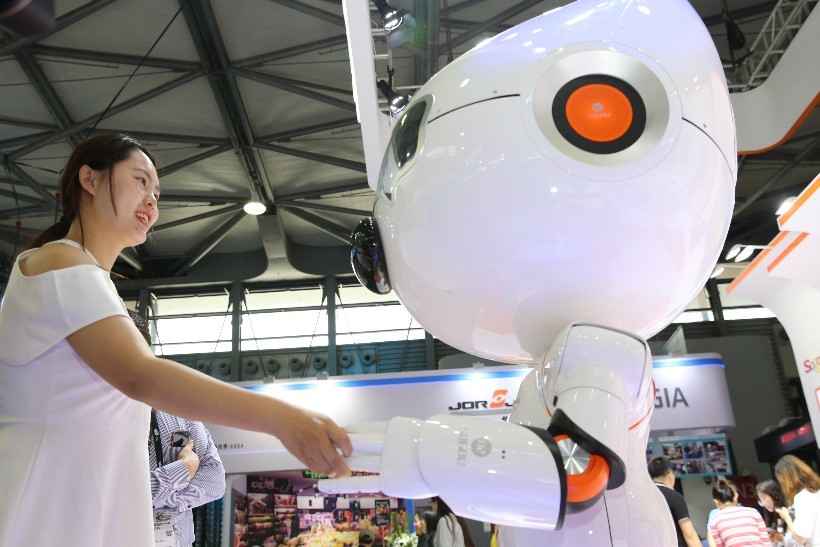 CES, the annual tech show that kicks off in Las Vegas on Jan. 7, isn't just about showing off the coolest laptops, TVs and gadgets. It's also a time for Facebook and Twitter to make some noise of their own.

Social media companies historically haven't had a big presence at the trade show because they're not known for consumer devices like Samsung and its wave of massive televisions or Intel and its chips. That's changed in the last few years as these companies expand beyond social networking. Facebook owns virtual reality headset maker Oculus and continues to grow its line of Portal video chat devices. Twitter, in a bid to be more of a media player, has struck partnerships with sports leagues and entertainment companies to fuel chatter during live events.

But this growth comes as Twitter and Facebook grapple with concerns that social networks are harming democracy, fueling misinformation and putting the privacy of their users at risk. Cambridge Analytica made waves last year after the public found out it harvested the data of up to 87 million Facebook users without their consent. Twitter has been criticized for not doing enough to combat online abuse, especially against women. Executives of these companies will have a chance at CES to highlight the solutions they're exploring.

CES is also a time for social networks to schmooze with brands and clients about potential new partnerships. And with CES being a major live event, you'll see in real time how businesses are using social networks to generate buzz for their latest devices.

Here's what you can expect from social media companies at CES 2020:

In the wake of the Cambridge Analytica scandal and numerous other mishaps, Facebook has a lot of explaining to do when it comes to user privacy.

The company will encounter one of its biggest critics at the tech show: Apple. Tim Cook, Apple's CEO, has criticized Facebook before for making money from targeting social media users with ads. For the first time in 28 years, Apple will make an appearance at CES and it will be alongside Facebook.On Jan. 7, Facebook Chief Privacy Officer Erin Eagan and Jane Horvath, Apple's senior director of global privacy, are scheduled to speak at a roundtable discussion titled "Chief Privacy Officer Roundtable: What Do Consumers Want?" FTC Commissioner Rebecca Slaughter and Procter & Gamble Global Privacy Officer Susan Shook are also slated to be on the panel.

Facebook said it will be demoing its Oculus virtual reality headsets and Portal video chat device. The excitement around virtual reality has faded over the last several years as the industry struggles to convince people to buy pricey headsets with burdensome cables. But Oculus has been dropping the prices of its VR headsets and making them easier to use without a high-end PC.

The company will also have a space in the Wynn Hotel to meet with clients and partners along with a privacy booth. It will be similar to the privacy pop-ups Facebook has opened in the past, allowing visitors to learn more about the social network's privacy tools and ad preferences.

Facebook is also working with partners, including Lyft and Spotify, to launch its new cryptocurrency called Libra in 2020 -- a topic that's also featured during the trade show. The social media giant is part of a 21-member association that's overseeing the cryptocurrency. Some of the association's key initial partners, such as Visa, Mastercard and PayPal, dropped out of the group following regulatory scrutiny, raising questions about Libra's viability.

Dante Disparte, the vice chairman and head of policy and communications for the Libra Association, is scheduled to speak about cryptocurrency on Jan. 7 at a talk titled "The Libra Effect."

Twitter doesn't have any consumer gadgets, but the company has been more aggressive this year about making changes to the social media site and promoting live events.It's banned political ads and is exploring ways to combat more hate and harassment online, including relinquishing complete control over the social network. It's rolled out features that allows users to hide replies and a way to follow topics.

On Jan. 8, Twitter executives, including its head of product, Kayvon Beykpour, are scheduled to talk about its content partnership, work with marketers and updates it's been making to the social network.

During the last CES, Twitter announced it will livestream part of 20 NBA games. The camera would focus on one player voted on by Twitter users. Expect more of the same. Laura Froelich, Twitter's head of US content partnerships, is scheduled to speak on Jan. 9 in a talk titled "The future of streaming sports."

Like in previous years, Twitter will have a common area in The Cosmopolitan for meetings with brands and clients. A spokeswoman touted the "immersive experience" that celebrates different key moments of the year.

The annual trade show is also a big week for social media chatter, giving businesses the stage to show off their latest consumer devices.

During CES 2019, there were 5,000 tweets an hour and more than 1.2 million views of Instagram Stories, a feature that lets users post videos and photos that vanish in 24 hours. The Consumer Technology Association, which oversees CES, is hoping for strong social media chatter in 2020.

One brand that had one of the most retweeted tweets on Twitter during the last CES was computer company Lenovo, according to the CTA. The brand used short-video and real-time Twitter data to target users who engaged with its Twitter account and past CES hashtags. Lenovo even had its own hashtag for CES.