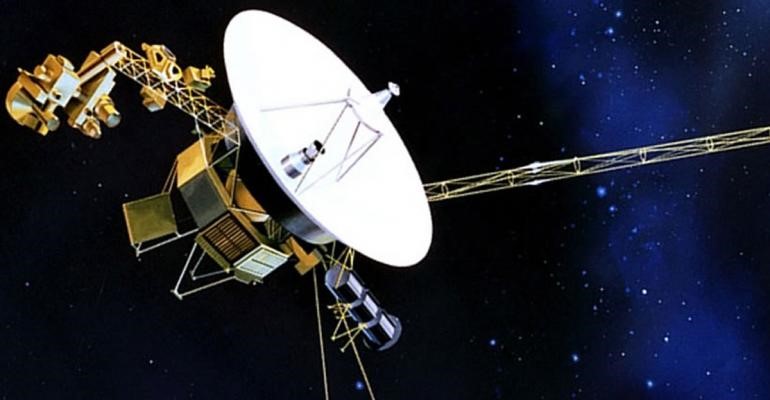 It's tough when a distant spacecraft goes wonky, but NASA hopes to resume science operations soon.

Humanity's most distant messengers in the universe are NASA's Voyager 1 and Voyager 2 spacecraft, both of which are now exploring interstellar space. Voyager 2 experienced a technical hiccup over the weekend and NASA is working is get the spacecraft back on track.

"Here's the skinny: My twin went to do a roll to calibrate the onboard magnetometer, overdrew power and tripped software designed to automatically protect the spacecraft," the NASA Voyager account tweeted on Tuesday. The probe appeared to turn off its science instruments to compensate for the overdraw.

"Voyager 2's power state is good and instruments are back on. Resuming science soon," NASA tweeted.

It's a challenge to diagnose and fix problems on the twin probes due to their sheer distance from Earth. Voyager 2 is located about 11.5 billion miles (18.5 billion kilometers) away.

"Communications traveling at the speed of light take about 17 hours to reach the spacecraft, and it takes another 17 hours for a response from the spacecraft to return to Earth," NASA said in a statement on Tuesday.

Voyager 2 launched in 1977. It has shown remarkable resilience despite the great distance it has covered. The spacecraft's power availability shrinks a little every year, but it is still gathering data to help scientists learn about what's happening at the edge of our solar system.

So far, it looks like Voyager 2's safety systems worked as designed and that it should be able to continue its epic journey into the cosmos.