Streaming wars spill into CES 2020 as media nabs the spotlight 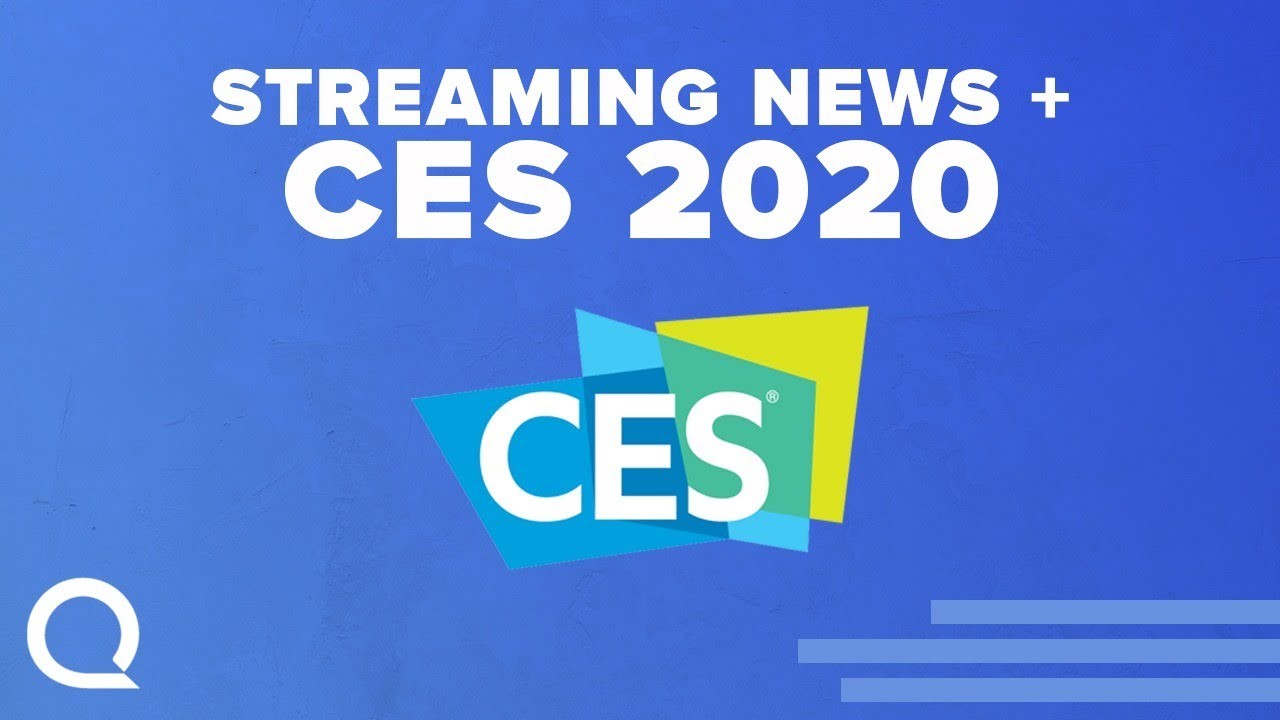 Quibi may be a funky name you've never heard of, but it's aiming to bring the star power that gets CES talking.

Every year, CES draws the tech-obsessed to gawk at fancy televisions and off-the-wall gadgets. This year, though, the conference's long-running media sideshow is flooding onto the main stage, including two keynotes by companies vying to shape the future of TV.

Media companies and marketers long have fueled a show-behind-the-show at CES, one that has little to do with the next hot doodad. The mobs of media folks in Las Vegas may never even make it over to any of the big show floors. Instead, they're squirreled away in hotel suite meetings or mingling at panels and parties around the Aria Resort & Casino, the epicenter of CES' media confab sometimes referred to as Tech South.

Meanwhile, companies seem to be rushing toward a convergence of tech and media.

On one hand, tech giants are pouring resources into becoming media heavyweights. That goes for stalwarts like Netflix, estimated to have unleashed a $15 billion budget for programming last year, as well as relative newcomers to video like Apple, which launched its Apple TV Plus in November on the back of a reported $6 billion budget to rope in some of Hollywood's biggest stars. And AT&T's $85 billion takeover of HBO-owner Time Warner -- now WarnerMedia -- finally made it into the clear last year.

On the other hand, traditional media players are arming themselves with tech firepower like never before. Disney launched its Netflix competitor, Disney Plus, in November, a culmination of its $71 billion acquisition of 21st Century Fox last year and of years spent reorienting the entire company around the service. And Comcast's NBCUniversal is waiting in the wings to follow suit with its own streaming service, called Peacock, early this year.

CES 2017 brought the unveiling of Hulu's live-television streaming subscription, and 2016 was marked by Netflix's keynote reveal that it launched worldwide except in China. What does CES 2020 have in store? Here's a peek at the media presence in Vegas this year.

The streaming wars are pitting a raft of new streaming services against each other, and they're all launching within about seven months of each other. The outcomes of these skirmishes will shape the future of television -- and affect how much you pay to watch your favorite shows and movies. Apple and Disney were first to enter the fray in November, and three more companies are launching their competitors, backed by billions of dollars in investment, in the first few months of 2020.

And all three of them are presenting at CES this year.

The first is probably one most people have never heard of: Quibi, which has even morphed its Twitter name to "WTFisQuibi" in recent weeks. Backed by every major Hollywood studio, Quibi is being touted as a star-studded mobile subscription service for short-form video -- "quick bites," or quibis, as the company has dubbed them.

The company has stayed mum about the talent it'll be bringing to the CES stage. But Quibi's CES keynote is shaping up to be the service's big public unveiling ahead of its April 6 launch, so your safest bet in Vegas next week will probably be that Quibi tries to blow away the trade show with celebrity wattage.

So far, Quibi has said the service will cost $8 a month for ad-free memberships or $5 for monthly subscriptions that also run ads. The keynote will be Wednesday at 9:30 a.m. PT in the Park Theater, led by Quibi founder and Hollywood mogul Jeffrey Katzenberg and Quibi CEO Meg Whitman, the former chief of eBay and Hewlett-Packard.

Katzenberg hasn't been shy about Quibi's ambition, saying the service should become as definitive for short video as Google is to search. "Five years from now … if we got this right, there will have been the era of movies, the era of television and the era of Quibi," he said at SXSW in March.

The second combatant in the streaming wars to take the main CES stage is Comcast's NBCUniversal, which will also launch Peacock in April. Peacock will be leaning into its back catalog of shows like The Office and Parks and Recreation. It hopes to make a reboot of The Office, as well as planned revivals of Battlestar Galactica by Mr. Robot creator Sam Esmail, Punky Brewster and Saved by the Bell.

But we don't know nearly as many details about Peacock yet. The service will have a paid subscription and another tier supported by advertising, but it hasn't specified price yet. We know some of the programming slated for Peacock, but not nearly all. One odd thing about NBCUniversal's CES keynote: It comes a week before the company will hold a large private event unveiling Peacock in detail.

NBCU's keynote will also be Wednesday at the Park Theater, but at 4 p.m. PT. Officially titled "If TV Was Invented Today: NBCUniversal Reimagines the Future of Entertainment," it will be led by the company's head of advertising and partnerships, Linda Yaccarino, and it will include talent like Mandy Moore, star of NBC's This is Us, and Terry Crews, host of America's Got Talent.

Finally, AT&T's HBO Max will unleash in May with Friends, Big Bang Theory, Game of Thrones and Watchmen plus its own lineup of originals. Though AT&T's WarnerMedia -- the division behind HBO Max -- isn't presenting a keynote, it will make a presentation at the media-focused conference in the Aria on Tuesday at 1:45 p.m. PT. The tech chief of WarnerMedia, Jeremy Legg, and Andy Forssell, the group's head of direct-to-consumer business (that is, streaming) are set to describe their experiences building a streaming video platform.