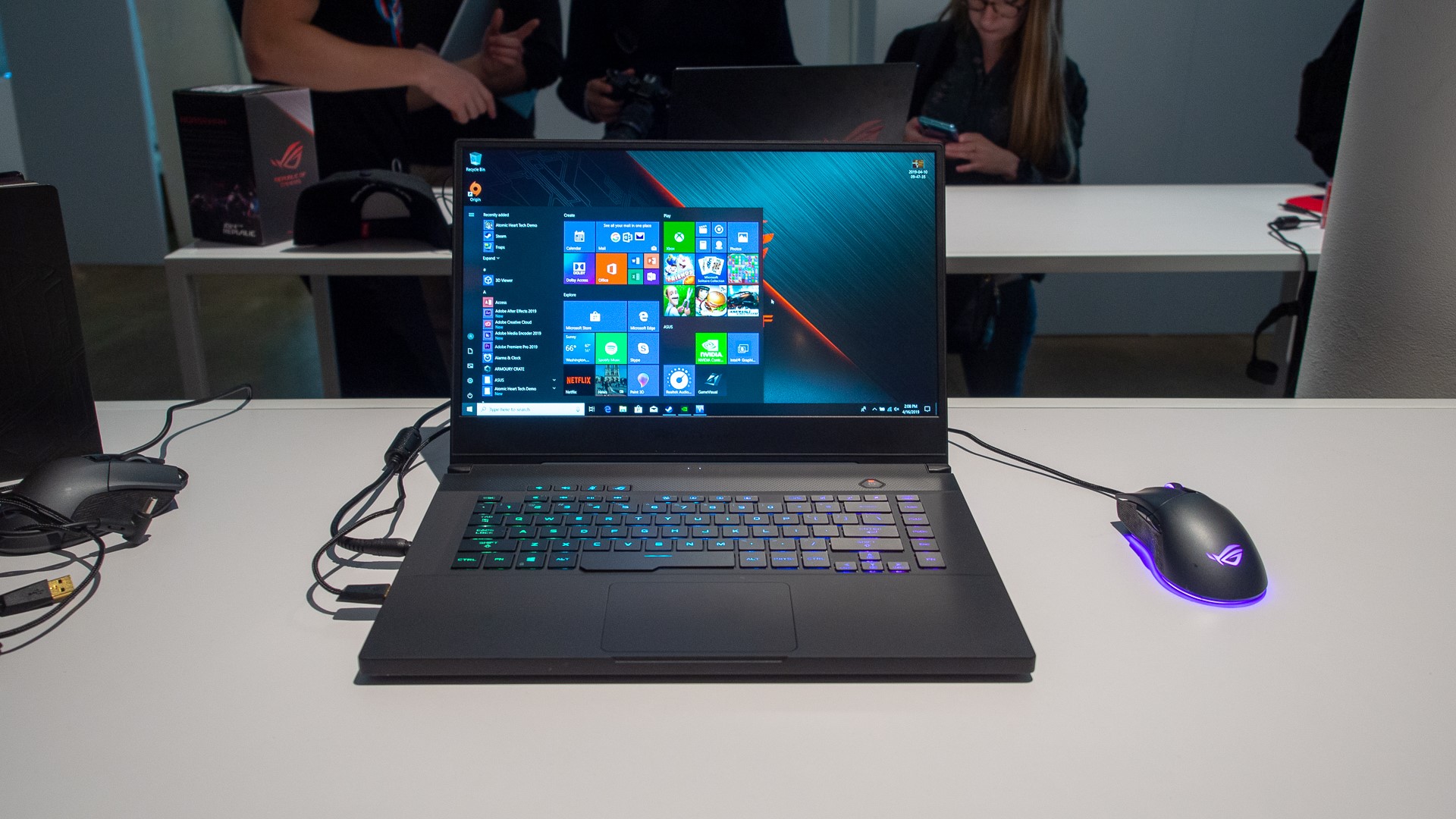 Last year brought a flurry of gaming laptop announcements, including models with 300Hz displays and even a couple with two displays in one body. While the new tech is exciting, it also makes 2020 a good time to hunt for deals. You might not find one running one of Nvidia's higher-end RTX 2060, 2070 and 2080 graphics cards, but again, that new gear drives down the prices of last-gen tech.

Prices on older laptops with Nvidia's GeForce GTX 10-series GPUs started dropping long ago, and you can get your hands on a well-configured 15.6-inch laptop for $1,000. And the graphics card isn't their only good quality, either. Laptops with an entry-level GTX 1050 Ti card start around $700, which gives you enough graphics performance to play the newest demanding games at low-to-medium settings. Spending between $800 and $1,000 or a little more will get you a laptop with a newer GTX 1650 or 1660 Ti or an older upper-midrange Nvidia GeForce GTX 1060 for a great gaming experience. Plus, with the 6GB version of the 1060, you can experience a little of the ray-tracing effects available with the pricier RTX cards.

Our recommendations based on our reviews and testing are below. But if you know what you're looking for and want to start shopping, here are the best deals we've found currently available from major retailers, starting as low as $700.

Gaming laptop deals for $799 or less:

Dell's G-series gaming laptops are cheaper than those from its Alienware division, but still capable of playing the latest AAA titles. There are three separate models -- the G3, G5 and G7 -- available in 15- and 17-inch sizes. The 2018 G3 15 was slimmer in design than the G5 and G7, which were styled more like a gaming laptop. The 2019 G3 leans more toward the G5 and G7 design, too. The midrange G5 15 hits the mark with an excellent price-to-performance ratio, build quality and design. Read our Dell G5 15 5590 review.

Lenovo's Legion Y540 is available in both 15- and 17-inch sizes and start at less than $900. However, the Y545, which starts at $800, offers a better value. Our system performed really well with its Nvidia GeForce GTX 1660Ti and ninth-gen Core i7 hitting more than 70fps for Far Cry 5 and Shadow of the Tomb Raider tests. Read our Lenovo Legion Y545 review.

Acer last year announced a new Predator Helios 300 with ninth-gen Intel processors and Nvidia RTX graphics and a smaller, thinner body. But the previous iteration is available with a 15.6-inch full-HD IPS display with a 144Hz refresh rate, an Intel Core i7-8750H CPU, Nvidia GTX 1060 GPU with 6GB of memory, 16GB of system RAM and a 256GB NVMe SSD on Amazon for $974. We reviewed the 17-inch version, which we liked for its unique features. 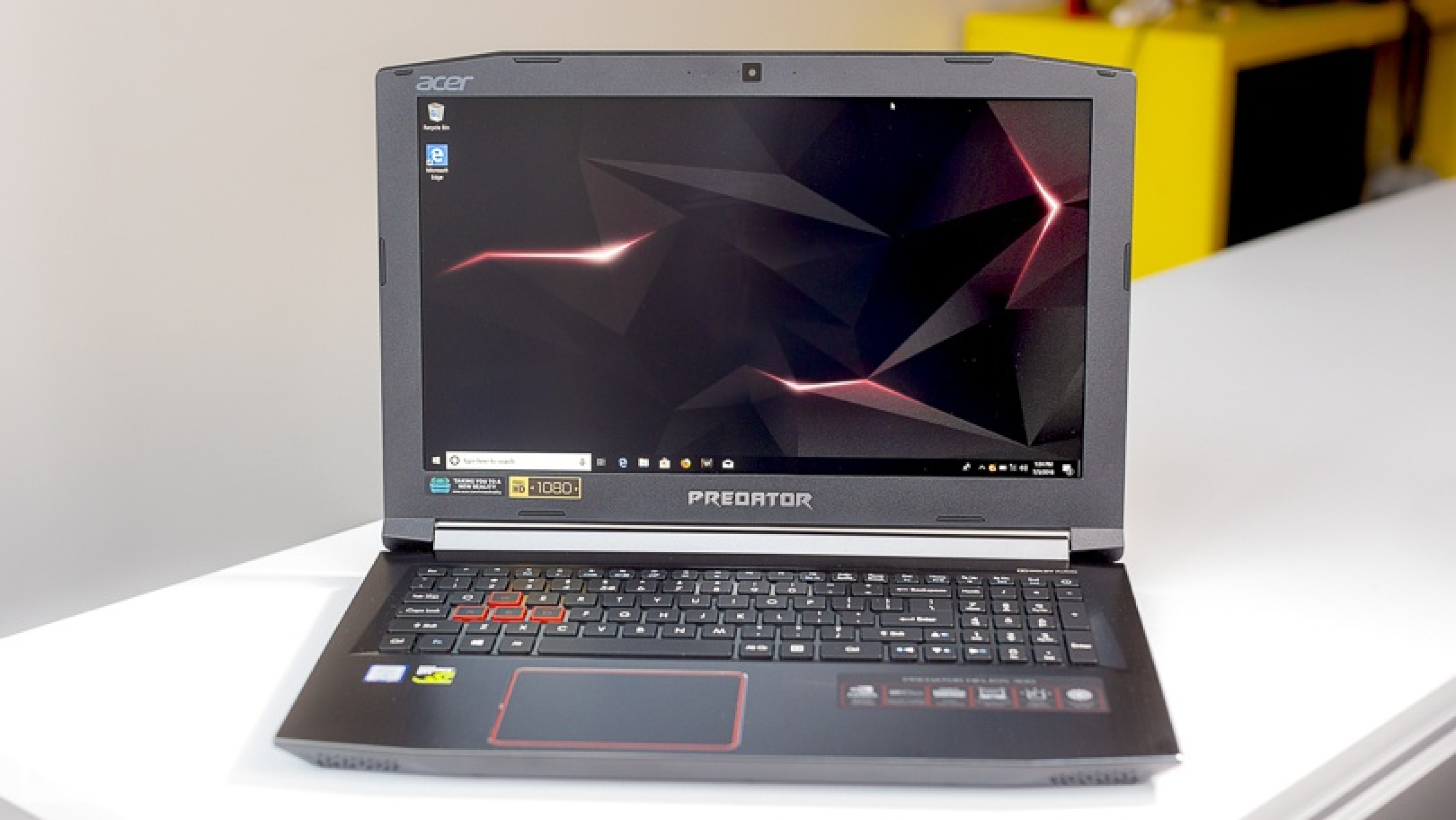 The company's mainstream Nitro 5 also got a refresh, but like the Helios, the old models are still around. It isn't as polished as Dell's or Lenovo's offerings and Acer doesn't offer it with a GTX 1060 GPU. But $670 gets you one with AMD Radeon RX 560X graphics card right now.

While the G5 is still our go-to pick, the G3 is available with many of the same components, including CPUs and graphics chips, but for less money. The other features and build quality aren't as nice as the G5's, but the G3 is thinner and lighter. It's a good pick if you're looking for a school or home office laptop that can also handle playing the latest games.  Read our Dell G3 15 preview.

Between the integrated graphics you find in most nongaming laptops and the Nvidia GeForce GTX 1050 are Nvidia's MX family of discrete graphics processors, with the MX250 at the top of the line.

Frame rates aren't going to be fast enough for enjoyable play on high-detail settings with newer graphically demanding games. In our tests, however, older games such as Bioshock Infinite were playable, as were popular online games such as Overwatch and Fortnite. Below are a couple of our favorites, but if you're a casual gamer, keep an eye out for the MX-series GPUs elsewhere.

The Aspire 5 is a great option for an inexpensive thin-and-light with a little graphics oomph. Along with the MX250 graphics card and a 10th-gen Intel Core i5 processor, you get a good 15.6-inch full-HD display, a bevy of ports and Wi-Fi 6 for fast wireless.  Read our Acer Aspire 5 (2019) review.

While all the other laptops here are big 15.6-inch models and weigh around 5 pounds each, the $842 ZenBook 13 is a gorgeous 13.3-inch ultraportable. In fact, when it launched, it was the world's thinnest 13-inch laptop with discrete graphics, making it a good choice for a little light gaming on the go in between meetings or classes. 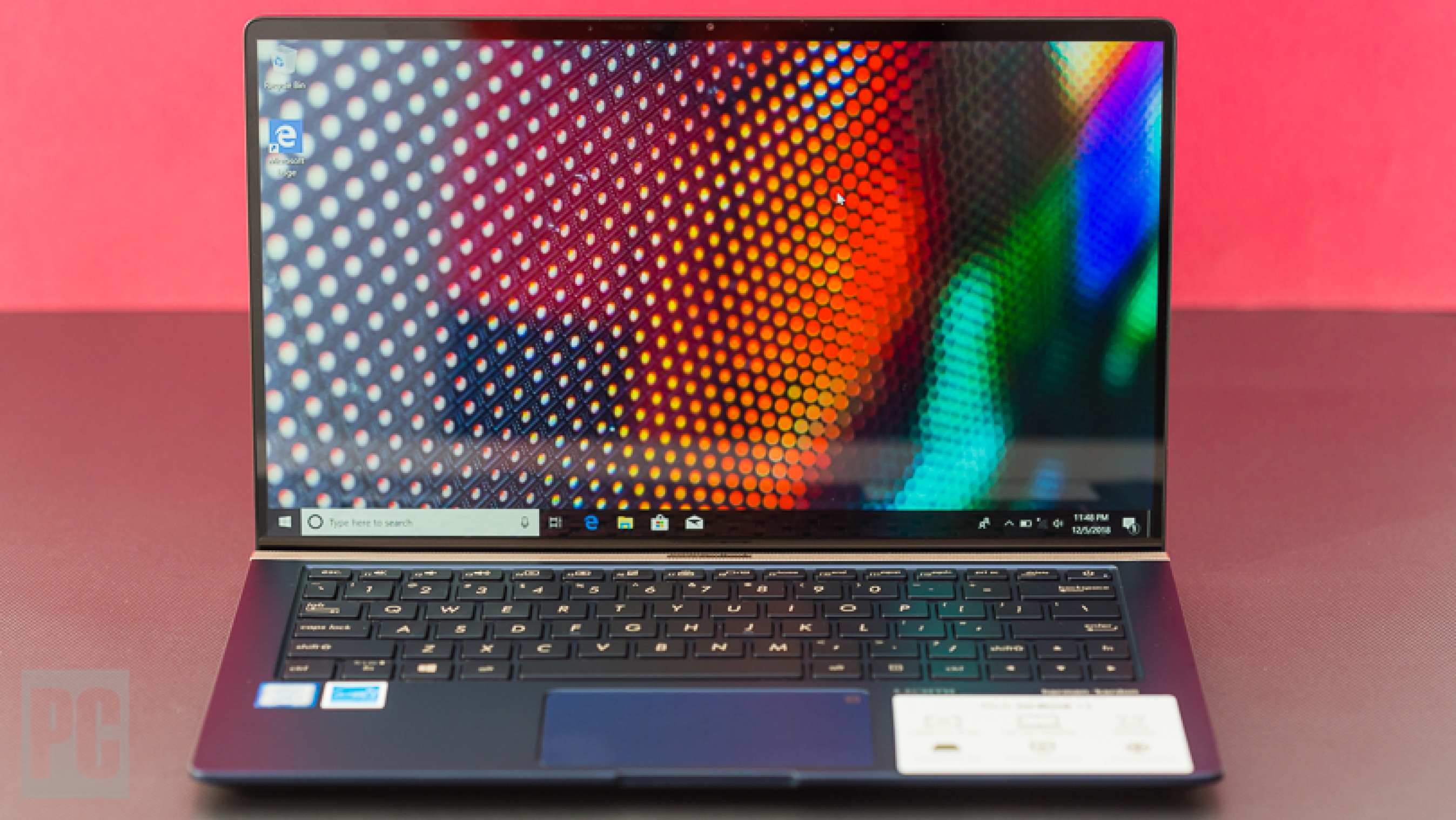 For the best gaming experience with a budget gaming laptop, you'll want to make sure you get the most graphics power you can afford from the start since this can't be upgraded later, unlike memory or storage. If you're on a strict budget, go with an older Nvidia Geforce GTX 1050 Ti or newer 1650 graphics card, which will give you good gaming performance on newer games at medium or high settings with prices starting down around $600. If you can afford to spend closer to $1,000, you'll be better off, in the long run, getting a laptop with an older Nvidia GeForce GTX 1060 with 6GB of memory or newer 1660 Ti.

Beyond the graphics chip, look for:

At least 8GB of memory (RAM)

At least a 256GB solid-state drive (SSD), a combo of a 128GB SSD and hard drive or a large solid-state hybrid drive (SSHD)

Most if not all gaming laptops let you easily expand or upgrade your memory and storage, so again, it's best to put your cash into the GPU and processor. Sure, you'll get more for your money with a gaming desktop, but if you don't have room for one or you must have mobility, these budget-friendly laptops are worth the investment.