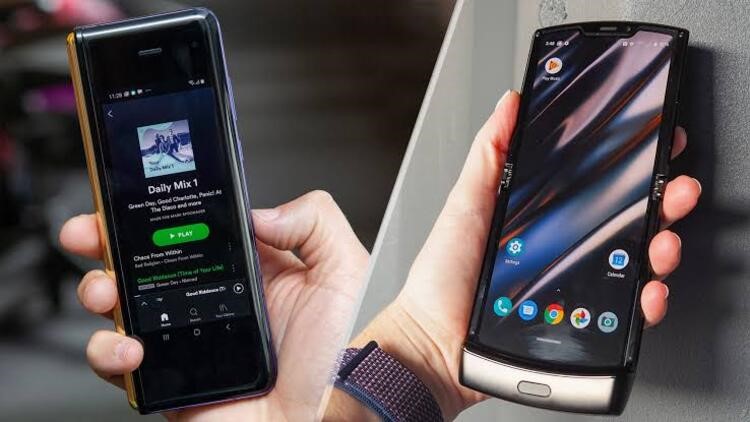 Commentary: I fixed dozens of original Motorola Razr phones and they had serious hardware issues.

While the the original Motorola Razr V3 was having its worldwide moment back in the mid-aughts, I was hunkered down over a table full of scalpel-sized tools, peering through soldering fumes in a cell phone repair shop in western Kentucky. My task? To dissect and resuscitate some hundred or so of its brethren. Having gotten to know its guts so well back then, news of a foldable 2020 reboot gave me reason to break out the T6 screwdriver and review some of the then-cutting edge tech's significant design flaws. As exciting as the new tech was at the time, those flaws gave us a glimpse of the coming years, where some high-priced phones would struggle to stand up to daily use.

Let there be no doubt: When the Motorola Razr premiered in 2004, nearly everyone wanted one of these things. Selling 50 million units from 2004 to 2006, the Razr became the skinny celebrity of the emerging cellphone market, seen in the hands of countless movie stars during a massive publicity push (the Academy Awards even included them in stars' gift bags in 2005). It was the Nokia-killer, the phone to usher in a new era, letting you text faster on a sleek metal keyboard while shooting photos and accessing the internet. Best of all, it delivered a sharply satisfying clack when you snapped its screen shut.

Now, for a mid-aughts phone fixer like myself -- engaging in what some manufacturers might call potentially illegal repair activity, but what we might call just a gal trying to fix some overpriced phones for a living -- it behooves one to keep both one's wits and T6 screwdriver about one's self. 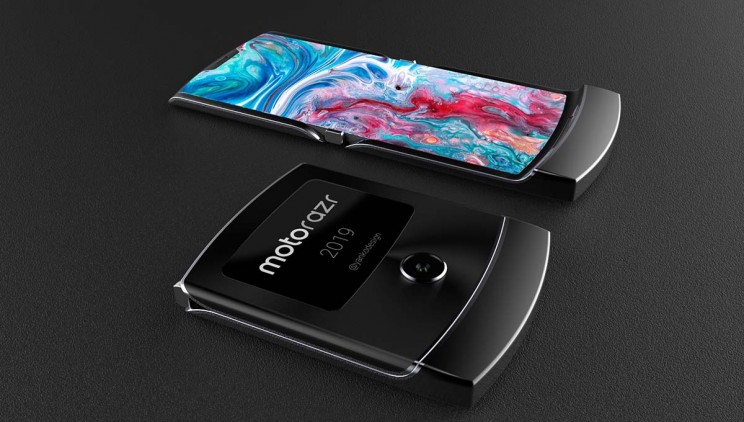 Why? Because as Motorola's trendsetter grew in popularity, small-town repair shops like mine quickly learned that the Razr was not the rugged survivor that the beloved Nokia 3310 was. The 95-gram Razr was chintzy in comparison. An aluminum skin belied a flimsy plastic build, easily damaged in the hands of average users accustomed to tossing around more durable hardware. So when a customer rolled in the door with an $600 Razr that's suddenly as broke as their wallets, you had to be able to Frankenstein something together to make the thing work. Stat.

Water damage problems were constant, and with them came warranty voids. The 880-mAh, BT/BR50 lithium-ion batteries were prone to swelling with the slightest exposure to water and heat, transforming the white moisture-detecting sticker to a tell-tale red as the battery ballooned outward. Sure, you could potentially get up to seven hours of talk time out of the old batteries -- if you never used Bluetooth or internet features -- but they took forever to charge, and they might also literally burn a hole in your pocket.

For the 2020 version, the Razr leaps into modern times with 15W fast charging and a 2510-mAh battery that can't be removed (we'll see about that), but Motorola still hasn't waterproofed the thing. While it's water-repellant against moderate exposure to water such as accidental spills, splashes or light rain, it doesn't appear to have the same water-resistance rating as other $1,500 phones, like the IP68 rating on Samsung's S10.

The mini-USB charging ports on the Razr V3 were likewise an absolute nightmare. I've still got soldering scars from trying to gently replace the factory ones with scrapyard substitutes after their flimsy little prongs were gouged to death by their owners.

While I did get brutally efficient at swapping out the Razr's video-capable VGA Zoom 4x camera, it wasn't because the tech was terrible. Even though the camera was equivalent to less than half a megapixel in resolution, it was one of the best you could get at the time. The main issue with the camera was an under-the-hood problem that shared its root cause with the Razr's most pervasive failure: The infamous white screen of death.

Thanks to a highly sensitive flex cable connecting the LCD screen to the keypad circuit, the most enjoyable thing about owning a Razr -- that satisfying clamshell snap-shut -- became its Achilles heel.

The problem was that the thin flex cable was barely hanging on to the top half of the phone with tiny, ineffective teeth. Just one snap too many and, in the best case, the flex cable would come loose from the display module, resulting in an all-white screen. In the worst case, I'd be digging through the recycling bin in search of a spare cable.

It wasn't that fixing or replacing the cable was particularly difficult (except when you had to wind it through the hinge), but that it was a simple quality-control issue that should have been solved before the phones were shipped, that often led to unnecessary consumer repair costs. It became an example of everything that got on our shop's nerves about the Razr: For the sake of pushing the needle on cool-factor in handset design, actual material value was sacrificed.

Back in 2004, the Razr was a ridiculously expensive $600 ($500 after a Cingular rebate). After inflation, that's just over $830 today. The Razr's advertising blitz and provider contracts made it nearly impossible to avoid, and everywhere you looked two-bit cellular sales reps were being told to make quota and hawk the Razrs. Yet no sooner had you laid your cash on the counter, and you were often back in the store sooner than you expected, desperate to meet the criteria for a warranty swap.

The 2020 Razr costs $1,500. The new advertising blitz is here. The question now is whether the 2020 Razr will prove to be a durable smartphone wrapped in a commemorative nod to Motorola's historical design prowess, or whether it's less-than-durable tech cashing-in on our nostalgia for a time when we still knew how to end a conversation with style.