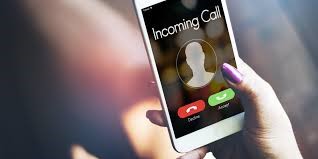 Tired of ignoring nonstop calls and messages from someone who just doesn't get the hint? Whether it's a solicitor, an ex or a local business that won't leave you alone, having the option to block a phone number or email address on your iPhone provides relief from the potential alert onslaught. With just a few taps on your iPhone you can block someone calling, messaging or emailing you and they'll never know you did it.

Personally, I've used the iPhone's built-in tool to stop robocalls that continued to get through even after I set up several apps and services designed to block them. I also blocked a local car dealership that calls me once a week to double-check on a car I no longer own, despite my repeatedly telling them as much.

Here's how you can get rid of those nagging calls and messages once and for all.

It only takes a couple of taps to block a phone number, email address or contact from getting ahold of you.

The process of blocking someone can be done in four different apps, with each one following similar steps. You won't need to go through the process multiple times to block the same number or email from all of the apps. Block someone in one app, and they're blocked in the four apps listed below.

Phone: Find the phone number or contact you want to block in the Recents tab, then tap on the "i" button next to the option. Select Block This Caller at the bottom of the screen and confirm your choice.

FaceTime: Tap the "i" next to the contact, phone number, or email address you want to block. Scroll to the bottom of the page, tap on Block This Caller and confirm your choice.

Message: Open the conversation and tap on the contact at the top of the screen. Next, select the "i" and then tap on the name, phone number or email address. At the bottom of the page will be a Block this Caller button; tap it and confirm.

If you don't use Apple's Mail app, but instead use Gmail or Outlook, blocking someone in Mail won't have an impact on their messages showing up in your inbox.

You don't have to deal with constant calls from the same number.

What happens when you block someone?

When someone is blocked in FaceTime, Messages or the Phone app, incoming calls will go directly to voicemail. They can even leave you a message that will silently show up in the Voicemail section of the Phone app, but hidden in a Blocked Messages section.

Messages or FaceTime calls won't show up on your Apple devices, and the person you blocked won't receive an alert or be any the wiser. They'll be left with the impression that you're ignoring them.

Blocking someone in the Mail app will result in their messages going to the trash folder for that respective email account.

You can unblock someone just as easy as you blocked them, should you have a change of heart.

If you have a change of heart and want to remove someone from the block list, you'll need to open the Settings app and select Phone, FaceTime, Messages or Mail from the list. The first three selections will each have a Blocked Contacts setting, while Mail will have a Blocked option.

Regardless of which settings page you use, when you find the person you want to unblock, swipe to the left across their listed name.

Your blocked list is the same across Phone, FaceTime Mail and Messages, so you don't need to visit each app and remove the contact every time. You can remove someone from the Phone settings page, and they will be removed from Messages, FaceTime and Mail (or vice versa).