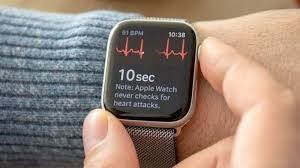 The capability, called Share Medical ID During Emergency Calls, is still in beta tests on iPhones and Apple Watches.

Apple is trying to make it easier to share health information with first responders in emergencies. The next version of Apple's iOS software includes a feature that lets you automatically share information from your Medical ID when you call 911 from your iPhone or Apple Watch.

The feature, called "Share Medical ID During Emergency Calls," is available with the iOS 13.5 beta software developers can access now. It will roll out to consumers in the coming weeks.

Apple's devices include a Medical ID, which you can load with important health information like drug allergies, medications you take and your existing conditions. It also includes emergency contact information that lets medical professionals reach your loved ones. The data is encrypted and can't be read by Apple, and you have to manually fill out the data for it to be included in the Medical ID.

If you enable the new feature for iOS 13.5, your information will automatically and securely be shared when you dial 911 -- if you live in a location where Enhanced Emergency Data services are supported. It will work in tandem with Apple's Emergency SOS feature on iPhones and Apple Watches and its fall detection technology on Apple Watch Series 4 and Series 5.

The aim is to speed up the sharing of important health data during the COVID-19 pandemic, when health responders are already overtaxed with patients. It could help reduce emergency response times, making it clear immediately that you're allergic to ibuprofen, for instance.

Apple is one of the tech giants taking steps to help people during the novel coronavirus pandemic. As of Wednesday, COVID-19 has killed nearly 260,000 people worldwide and infected more than 3.7 million. Tens of millions ofAmericans have filed for unemployment, and the US economy shrank nearly 5% between January and March. Apple has helped health workers and others through the crisis, donating millions of dollars, more than 30 million masks and 7.5 million face shields to help combat the coronavirus.

Along with the new SOS feature, Apple's iOS 13.5 includes the first tools to help track the spread of COVID-19. The company and Google have teamed up to make it easier to use phones to trace the steps of people who've been infected and identify people they've come into contact with. With iOS 13.5, public health organizations can build apps to alert people who might have been exposed to the coronavirus.

Before rolling a feature out broadly, Apple first makes it available to developers in a beta version. That lets the company make sure the technology doesn't have bugs or other issues before introducing it more broadly. It also allows Apple to get feedback to make improvements to the technology's various features before it's rolled out to more developers.