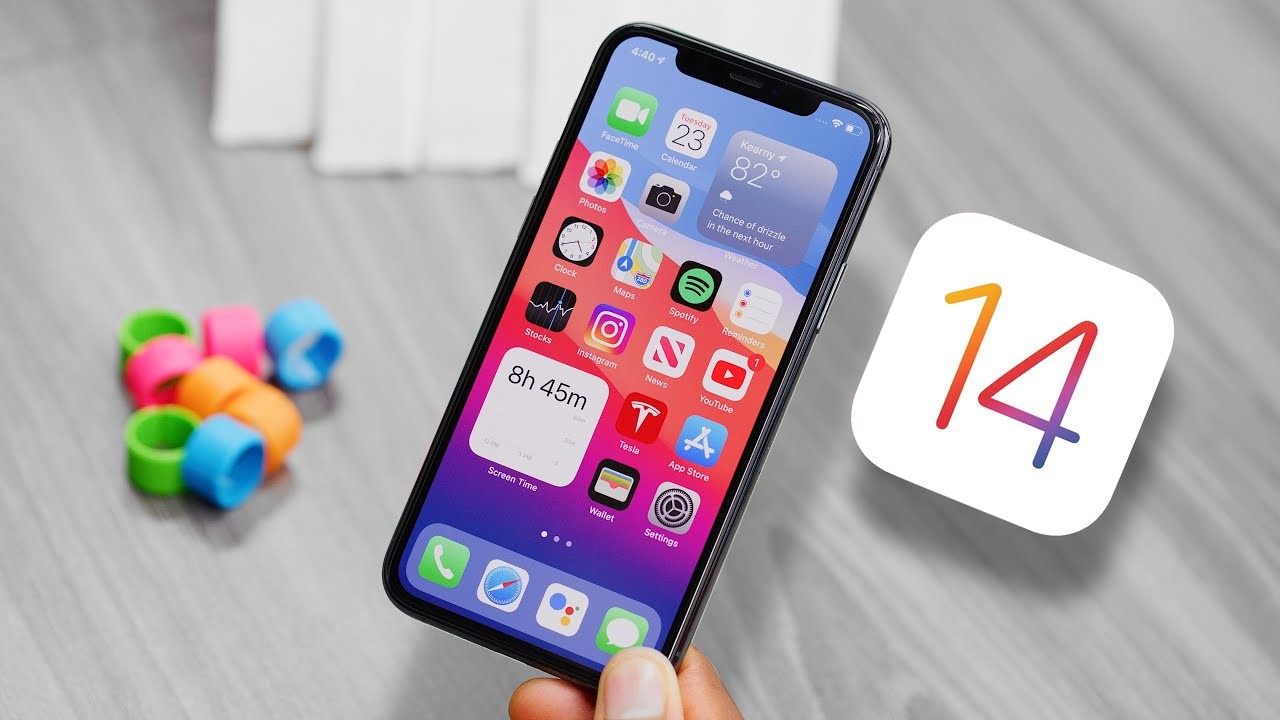 Apple is releasing major new software updates in the fall for iPhones and iPads, and now you can download prerelease versions of them for a test-drive. Apple's new iOS 14 and iPadOS 14 public betas can be installed for free on any recent device, but be forewarned, there are bugs.

Apple unveiled its new software in June at its Worldwide Developers Conference, or WWDC, which was held entirely online this year because of the coronavirus pandemic. Despite Apple's employees being forced to work remotely to avoid the spread of the virus, the company said they cooked up new features long requested by users and available on competing phones powered by Google's Android software. Those features include adding small widget programs on the home screen, the ability to change default email and web browser apps and picture-in-picture video for the iPhone while using other apps.

"We're making it even more powerful and easier to use," Apple's head of software, Craig Federighi, said while announcing the new software. "This year, we spent time rethinking some of the most iconic elements of the experience on iPhone."

While the new features are fun to try, these public betas aren't meant for everyday use. The company frequently reminds people who download the software that it may contain errors, that it could suddenly stop working and that it could lose your data. Apple advises the adventurous people who still want to use it to install the beta software on a device that isn't "business critical."

Apple's public betas for iOS 14 and iPadOS 14 aren't the only software the company plans to make available ahead of its fall releases. Apple is also planning to offer its first public betas of the new WatchOS software for its Apple Watches and MacOS Big Sur for its desktops and laptops later this month. The software can be downloaded from Apple's dedicated beta website, and will run on the iPhone 6S (2015) and up, the iPad Air 2 (2014) and the Apple Watch Series 3 (2017) and up.

Read More: The IPhone 9 Has An ETA

Apple's iOS 14 for its iPhone and iPod Touch (yup, those still exist), was focused on adding features people have been asking the company to add for years, as well as refinements to make it easier to use. Aside from the widgets, ability to change default apps and picture-in-picture, Apple also added cycling directions and EV routing to Apple Maps, and a live translation app that helps people talk across 11 languages. The iPhone will also soon be able to be used as a car key for new vehicles, starting with this year's BMW 5 series.

The company also made its existing apps easier to use. Its Siri voice assistant, for example, no longer takes up the entire screen when you're making a request. The company made its Messages easier to navigate, offering people the option to "pin" chats to the top of the app to more easily find them. And in group chats, Apple now allows people to create threaded responses, much like other popular business chat apps like Slack and Microsoft's Teams.

Apple also said it wants to help small businesses build and market apps for their customers, with a new feature called App Clips. This new code lets companies print out a QR-code-like image that people can scan with their phones, bringing up a small interactive part of the company's app on their phone. Apple also worked with Yelp to allow businesses to create specialized apps for their businesses without much coding work. The feature is similar to Google's existing Android "instant apps."

The company will include new privacy features as well, including a warning at the top of the screen whenever an app is using the microphone or camera, and a list of any apps that recently did.

But perhaps the most popular feature may be how phone calls work. Now whenever anyone calls an iPhone running iOS 14, the call no longer takes over the whole screen, kicking you out of a game or fun read. Instead, phone calls will show up as a notification at the top of the screen, which people can flick away to ignore.

Many of Apple's iOS refinements are coming to the iPad as well, including the improved maps app, messaging changes and less annoying calls.

Apple did announce some iPad-specific features, though, including a new "scribble" technology that recognizes handwriting from notes taken with the Apple Pencil on the screen. People will now be able to cut, copy and paste the text of their handwriting as normal typed text in other apps.

The iPad's search bar will also get an update, making it less obtrusive and more similar to its MacOS cousin, which searches apps, the web and inside documents.