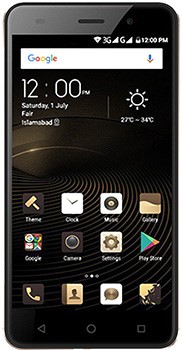 QMobile Noir S15 - Backup! QMobile is launching Noir S15 which is a mid range phone and it is launched after focusing those people who want all function of an android phone in their life but they don't have money to afford that. Noir's S15 has got the latest Android operating system which is Nougat 7.0 and it will be a big hope for those who love to add a smartphone in their life. QMobile Noir S15 is definitely a smartphone and it got capacitive touchscreen too which is 5.2 inch in size and it is equipped with an IPS display LCD that support HD display. QMobile Noir S15's resolution is 720 X 1280 so the user can view things in perfect way. Display also support multi-touch and 16M colors to make the display brighter and perfect for watching movies. QMobile Noir is one of the top selling series form this brand and you will get the feeling of being Noired with lots of new option which are included in the software of QMobile's Noir S15. 1.3 GHz is the clock speed of the processor which is based on four units while cortex A53 controls performance and battery consumption of the QMobile S15 in a professional way. Back camera of the smartphone has packed 8MP lens which is equipped with LED flash and autofocus so you images look more bright. QMobiles Noir S15 got a front camera too which is 5 MP and it is also reliable for taking sharp selfies with your friends. 3000 mAh Li-Ion Non Removable battery is fixed inside the belly of Q Mobiles Noir S15 which is filed with QMobiled energy and it plays most important role in keeping the smartphone alive and working. All these features joined together make QMobile Noir S series best in mid range smartphone series.