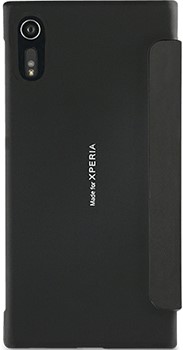 Sony Xperia XZ Pro - Professional's Choice! Sony revealed next version of Xperia XZ that will be dubbed as Pro and it will be the next flagship carrier of the company. This phone will be the first one to carry the Snapdragon 845 chipset which is under process now and soon Sony Xperia XZ Pro is going to debut with this mighty and powerful chipset. WMC is the first place where this phone is going to make its fist appearance it seems that the Sony's Xperia XZ Pro will be the star of the conference just like predecessor. Samsung is also going to launch its device their but it is not clear that which one is going to launch by them. Sony Xperia XZ's series is prominent from the beginning and Japanese seems to keep it that way and each year a new phone from this series comes to top the show with first grade. Xperia XZ Pro by Sony is coming with OLED panels which they bought from LG and the screen size selected for novelty is 5.7 inch where it is also speculated that 4K resolution is coming in Sony XZ Pro. Back side of flagship has got dual camera setup where 18 MP sensor got the company of 12 MP additional sensor to enhance the pixel quality of images. Sony Xperia's XZ Pro has 13 MP selfie snapper capable to capture wide angle selfies and capable to do a lot more to compensate its owner. Storage of the Xperia XZ Pro is divided into two parts. RAM will be 6GB and ROM is upgraded to 128 GB. According to the source this phone is coming with IP68 certification which mean that XZ Pro is water resistant and dust proof too.

What is exact price of Sony Xperia XZ Pro?

The exact price of Sony Xperia XZ Pro is PKR 64590/- from local trusted shops of Pakistan, however Human error is possible.