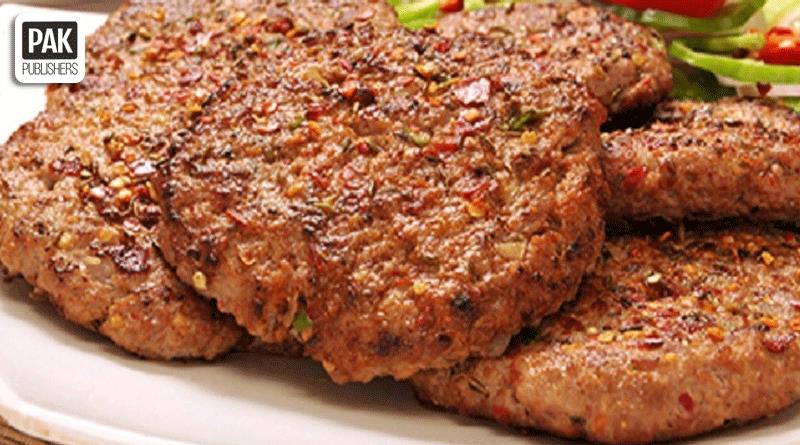 Kacha Keema Kabab Recipe | How to Make Mutton Kabab – Today sharing step by step recipe of restaurant style mutton kabab recipe also famous as Ghost ke Kabab or simple mutton kabab. A delicious recipe for foodies to follow. Famous in Pakistan and most demanding Pakistani dish that people love to eat. Kacha Keema Kabab Recipe collection, you will find a variety of dishes but this kabab recipe is my personal favourite and I recommend my audience to surely try this recipe due to the unique taste.

Kacha Keema Kabab Recipe Sooperchef, Pakistan’s largest and number one online food network is ready to bring the delectable and notorious Keema Kabab recipe for all of its sooper foodie fans all around the world. There have been some really tasty and nutritious kabab recipes on the menu of sooperchef, and some of the most honorable mentions on the panel right now that are certainly worth a look include the delectable chicken chapli kabab recipe, the nutritious and easy to prepare chapli kabab sandwich recipe, the notorious bun kabab recipe, the palatable and aromatic kabab biryani recipe, the spicy and fiery kabab masala recipe, the tasty seafood-kabab amalgam: the fish potato kabab recipe, the vegan alternate: the stuffed potato kababs recipe, and the last but not the least seekh kabab paratha roll recipe. The Keema Kabab recipe is a local variety of flat, round shaped kabab and is a great part of the Bangladeshi, Pakistani and Indian cuisines. It is made by minced meat, usually chicken but mutton and beef variants are also eaten all over the Indian subcontinent. The minced meat patty is also assorted with ground chickpeas that are usually boiled before the grinding process. This patty is then usually fried with a beaten egg to hold it together. Most of the times, Keema kabab recipe in urdu  is eaten as a snack or an appetizer but it is also used to prepare other snacks like sandwiches like the notorious and Keema burger recipe. The Keema Kabab recipe is often garnished with lemon juice and served with fresh cut, raw vegetables like cucumbers and onions, and alongside green coriander chutney.

What is mutton kebab?

Mutton seekh kebab is a delighting non-vegetarian starter popularly relished as side dish in India. You can find it across street stalls or dhabas in most of the parts of Delhi, Punjab and Srinagar. Being a mutton delicacy, it is cooked slowly on a BBQ or grill so that the kebabs come out soft and perfect.

How can I fix Shami Kabab?

Why do my kebabs fall apart?

Chances are there's too much fat in the meat and that's why they are not sticking together. It could also be that it is too fine of a grind, a coarser grind for the meat usually results in it sticking a bit better. You could try adding breadcrumbs or flour along with some egg or egg white and see if that works.

What is chicken seekh kabab?